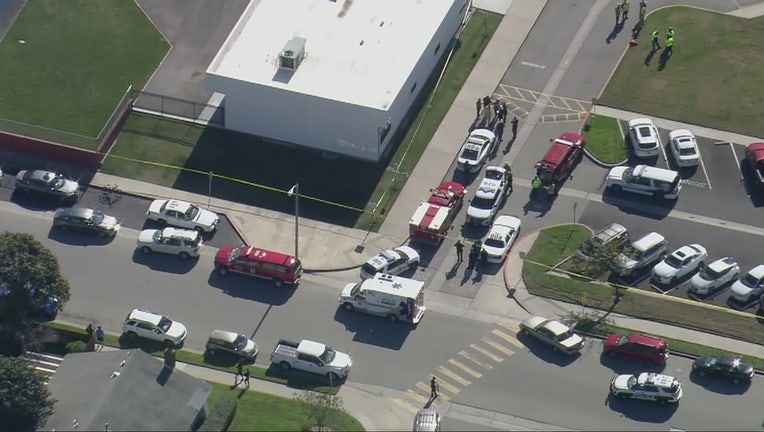 OXNARD, Calif. (AP) - A 9-year-old girl on a playground was shot by a stray bullet in a drive-by shooting outside a Southern California elementary school, authorities said Thursday.

The girl, who authorities initially said was 10 years old, was struck shortly before 11:30 a.m. during a car-to-car shooting outside McAuliffe Elementary School in the coastal city, Oxnard police said. The shooting is believed to be an isolated incident.

Witnesses reported seeing two cars driving erratically in the area, with one apparently following the other, before somebody in one car opened fire on the other, police said.

The cars fled and no arrests were immediately made.

The girl was shot in a “lower extremity" and was taken to the hospital in stable condition, police said in a statement.

"She is in good spirits," Oxnard Police Chief Scott Whitney said at a news conference.

Nobody else was injured.

The Ventura County Star reported that police believe a semiautomatic handgun was used in the shooting, which took place at the back of the school. Authorities recovered shell casings in the street.

The school was on lockdown during the investigation, and all students were accounted for, authorities said. Police said no arrests have been made, but the newspaper reported that authorities have descriptions of the vehicles.

McAuliffe enrolls about 700 students from prekindergarten to fifth grade, according to the Ventura County Star.