Protesters shout down lawmakers over bill to fast track housing

The announcement of SB 50 by elected Bay Area officials in Oakland on Tuesday was shouted down by affordable housing activists. The measure, authored by State Sen Scott Wiener, was shot down last year.

OAKLAND, Calif. - State Sen. Scott Wiener, D-San Francisco, came to Oakland on Tuesday to promote a bill that would boost construction of apartment buildings and condominiums in an effort to address the state's housing shortage.

But Wiener and other speakers at a news conference on the steps of City Hall were drowned out by protesters, including people from the homeless activist group Moms 4 Housing, who said Senate Bill 50, the More HOMES Act, wouldn't provide enough affordable housing.

Wiener has tried for several years to get the state Legislature to pass his bill, which he said would eliminate restrictive low-density zoning near public transit and job centers and create new zoning standards for those areas.

SB 50 must pass the Senate Appropriations Committee and then the full Senate by the end of January in order to move forward in the new legislative session.

Wiener told reporters after the noisy news conference ended that he's "cautiously optimistic we will pass this to the Senate floor."

At the beginning of the news conference, Wiener said the legislation is needed because, "We have a terrible housing crisis in California."

Wiener said he recently revised SB 50 to allow for more flexibility in how best to implement the legislation, such as creating a two-year delayed implementation period and allowing cities to craft their own alternative plans that meet the bill's goals.

He said that under his bill, cities won't be able to limit density near job or transit centers and will be required to allow small and mid-size apartment buildings.

He said SB 50 guarantees that up to 25 percent of units must be affordable, protects tenants by restricting demolitions of sound housing and has a five-year delayed implementation in low-income communities that are at risk of gentrification.

Oakland Mayor Libby Schaaf, state Sen. Nancy Skinner, D-Berkeley, and other elected officials joined Wiener at the news conference to speak in support of his bill.

But their remarks were mostly drowned out by a large group of housing activists who loudly shouted slogans such as, "Affordability -- the rent's too high!" and "Housing for people, not for profit!"

Other slogans that the protesters chanted were, "Give the moms a home today!" and, "Where's the Affordable Housing?"

When a representative from the California Association of Realtors tried to speak, the protesters booed her and shouted, "No more speculators!"

After the event, Mayor Schaaf took a conciliatory tone based on the reality of the housing crisis.

"People have the right to be angry and while you saw it directed at us, as today's politicians, we represent the entire system that has gotten people to this state of desperation," she said.

"Even though cities like San Jose build, a lot of the wealthy cities around us refuse to build and, SB-50 will finally force them to build," said San Jose Democrat Assemblyman Ash Kalra. , "Last year in Santa Clara County alone, we had almost 200 people die on the streets in one of the wealthiest places on the face of the Earth." 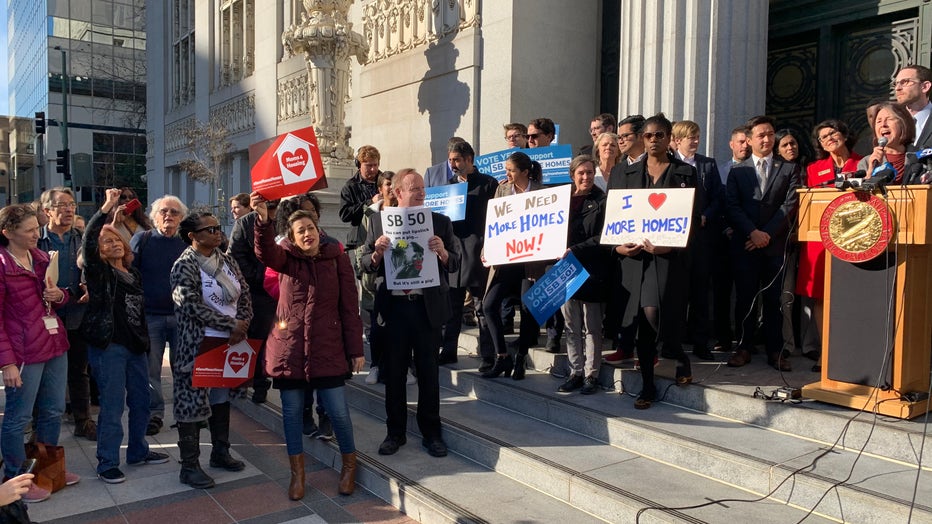 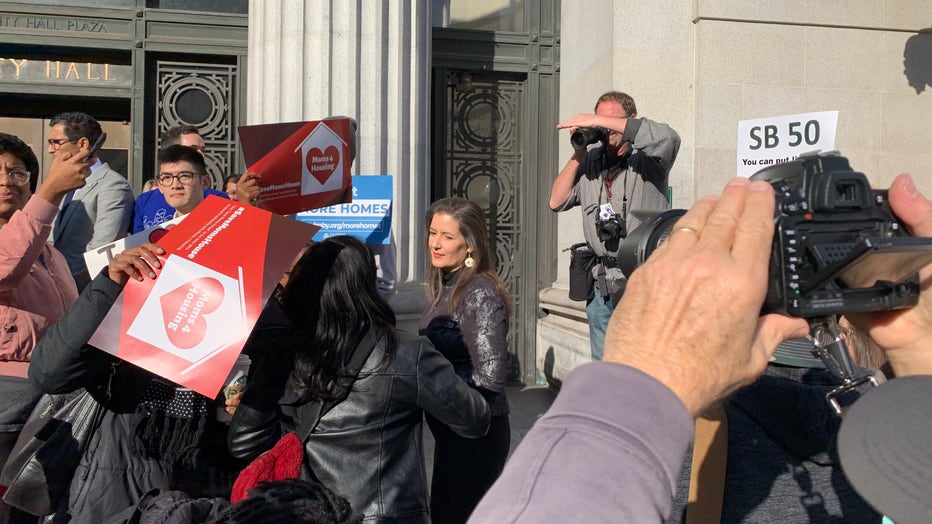