Brian Kelly, Founder of The Points Guy, shares important tips for anyone looking to fly.

Airlines under scrutiny for widespread flight disruptions are renewing their criticism of the government agency that manages the nation’s airspace, saying that understaffing at the Federal Aviation Administration is "crippling" traffic along the East Coast.

Airlines for America, which represents the largest U.S. carriers, said Friday it wants to know FAA's staffing plans for the July Fourth holiday weekend, "so we can plan accordingly."

The comments from the industry group could serve as a pre-emptive defense in case airlines again suffer thousands of canceled and delayed flights over the holiday weekend, when travel is expected to set new pandemic-era highs.

"The industry is actively and nimbly doing everything possible to create a positive customer experience since it is in an airline’s inherent interest to keep customers happy, so they return for future business," Nicholas Calio, president of the trade group, said in a letter to Transportation Secretary Pete Buttigieg.

Calio said airlines have dropped 15% of the flights they originally planned for June through August to make the remaining flights more reliable, they are hiring and training more pilots and customer-service agents, and giving passengers more flexibility to change travel plans.

RELATED: Why are there so many cancelled flights? Here's what you should know about summer air travel disruptions

Calio said air traffic is often disrupted "for many hours" because bad weather causes the the FAA to issue delays.

"However, we have also observed that FAA (air traffic control) staffing challenges have led to traffic restrictions under blue sky conditions," he added.

The FAA shot back, with a reference to taxpayer money that airlines received after the pandemic devastated air travel. 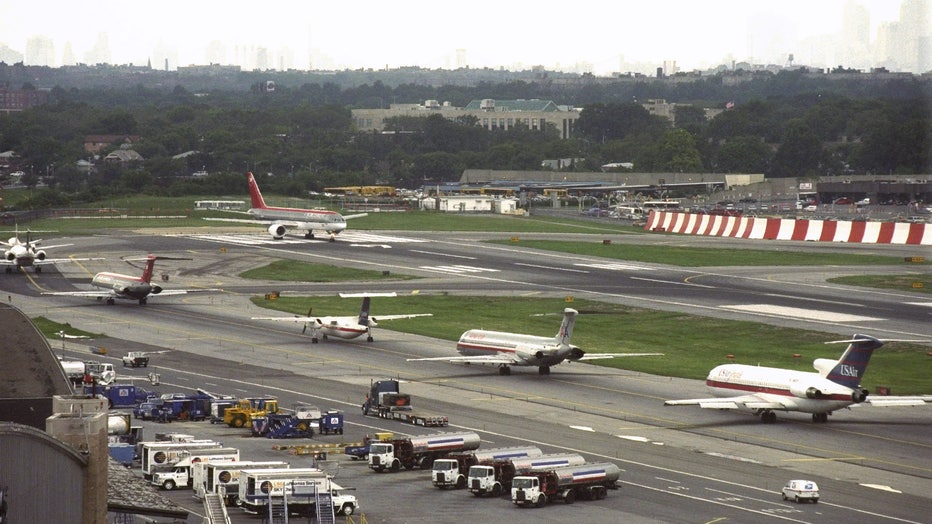 "People expect when they buy an airline ticket that they’ll get where they need to go safely, efficiently, reliably and affordably," the FAA said in a statement. "After receiving $54 billion in pandemic relief to help save the airlines from mass layoffs and bankruptcy, the American people deserve to have their expectations met."

The FAA said it has added controllers in high-traffic areas and added alternate routes to keep planes moving.

The airline trade group chief’s comments came a week after Buttigieg called airline leaders to a virtual meeting and threatened to punish carriers that fail to meet consumer-protection standards set by his department, which includes the FAA.

Buttigieg said he called the meeting after being alarmed by the high number of canceled flights around Memorial Day — more than 2,700 in a five-day stretch, according to tracking service FlightAware.

Thunderstorms can quickly snarl air traffic during the summer, but airlines have also acknowledged staffing shortages — they are hiring at a rapid pace to replace tens of thousands of workers whom the airlines paid to quit when travel collapsed in 2020. Pilot union leaders say their groups are being stretched to the limit, and more pilots report being fatigued.

The FAA has admitted that it too is understaffed, particularly at a key air traffic control center in Florida.

Calio said that facility, near Jacksonville, Florida, has been understaffed for 27 of the last 30 days, "which is crippling to the entire East Coast traffic flows."

More than 600 U.S. flights had been canceled and more than 4,200 delayed by early afternoon Friday, according to FlightAware. That was better than Thursday, however, when thunderstorms on the East Coast contributed to more than 800 cancellations and 6,600 delays.