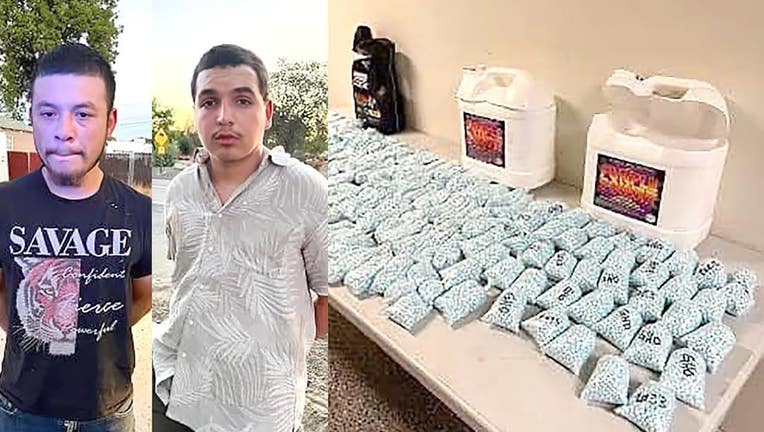 Two alleged drug traffickers in California who were arrested last week for being in possession of 150,000 fentanyl pills — enough to kill millions of people — were released back onto the streets, officials said.

Jose Zendejas, 25, and Benito Madrigal, 19, both from Washington, were arrested during a traffic stop-turned-drug bust in Tulare last Friday. They were booked into the Tulare County Pre-Trial Facility on charges of possession, transportation and selling of illegal drugs, officials said.

In a surprising twist of events, the two inmates were released just days later.

The Tulare County Sheriff’s Office received a court order to release both suspects from custody on their own recognizance," officials said.

"All inmates booked into Tulare County jails are sent through what is known as the Risk Assessment Process through the Tulare County Probation Department. That ‘Risk Assessment’ is then sent to a judge with the court, who, then, determines whether or not the individual arrested is held on bail or if they are to be released," The Tulare County Sheriff’s Office added.

Sheriff Mike Boudreaux said he strongly disagrees with the decision to release the traffickers, citing public safety concerns, but said his office was forced to comply with the court order.

Investigators seized 150 packages with 1,000 fentanyl pills in each – enough to potentially kill several million people. Officials aid each pill sells for about $5 – meaning the bust netted about $750,000 worth of deadly drugs.