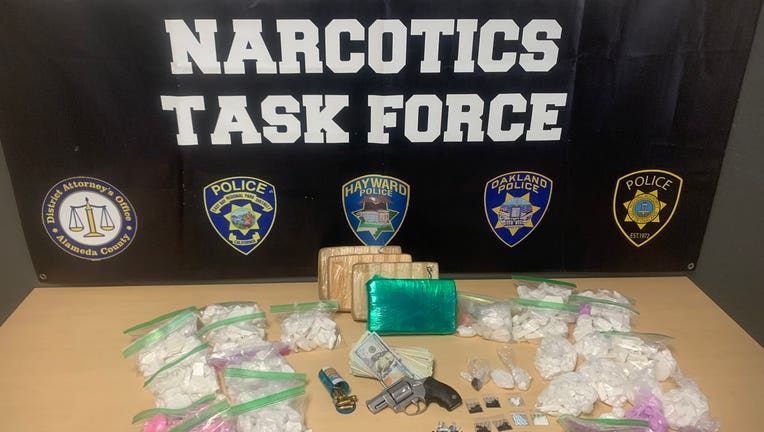 ALAMEDA, Calif. - Alameda County Sheriff's Department announced Thursday that they arrested eight suspects during a massive drug seizure and confiscation of a gun.

Barstow and Dublin police assisted Alameda County Sheriff's deputies in these arrests and the drug seizure.

Law enforcement did not say where exactly the seizure happened and were not specific on their Twitter page announcement about when they carried out this operation.

To put the highly-addictive synthetic opioid's deadly potential in perspective, a lethal dose of fentanyl is as little as 2 milligrams, according to California Highway Patrol.

Last spring, we reported that fatal fentanyl overdoses among teens across the country topped 100,000 annually, according to data from the Centers For Disease Control and Prevention.