New York is one of four cities being targeted by President Donald For for allegedly contributing to lawlessness.

“He can’t have enough bodyguards to walk through New York City,” Cuomo said. “Forget bodyguards, he'd better have an army if he thinks he’s going to walk down the streets in New York.

NY Gov. Andrew Cuomo says President Donald Trump will need the protection of an army to walk safely through NYC.

“He is persona non grata in New York City, and I think he knows that and he'll never come back to New York because New Yorkers will never forget how gratuitously mean he has been,” Cuomo added.

Both Cuomo, 62, and Trump, 74, are natives of the Queens borough of New York City. 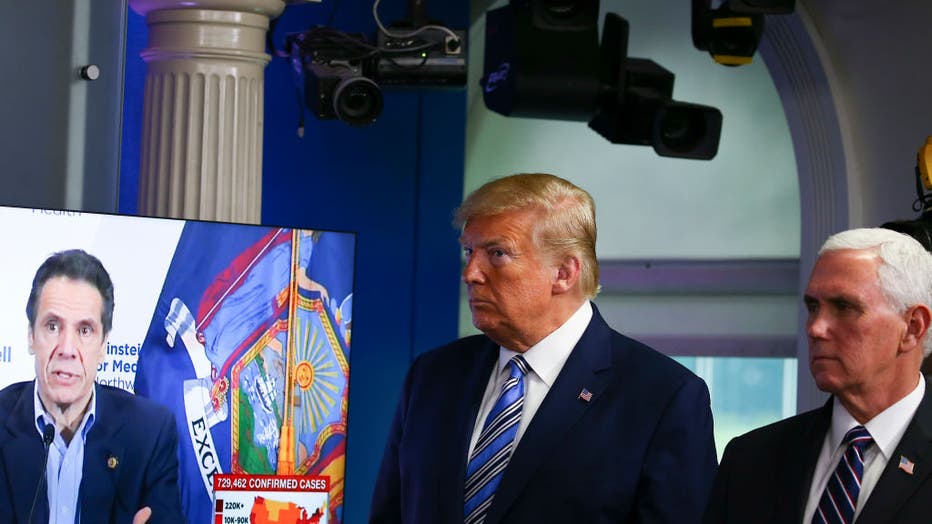 Cuomo reportedly later clarified he was not threatening the president but rather expressing how disliked he believes Trump is by New Yorkers, according to Politico.

Trump has repeatedly gone after “Democrat cities,” blaming their leadership for the rise of the Black Lives Matter protests that have erupted across the nation since a Black man named George Floyd died May 25 while in police custody in Minneapolis.

“My administration will not allow federal tax dollars to fund cities that allow themselves to deteriorate into lawless zones,” Trump wrote in the memo Tuesday.

Trump's remarks came as the presidential election campaign enters its final weeks. The president has attempted to draw a clear line between him as being tough on crime, and his opponent, Democratic nominee Joe Biden, as being weak.

“My administration will do everything in its power to prevent weak mayors and lawless cities from taking federal dollars while they let anarchists harm people, burn buildings, and ruin lives and businesses,” the president tweeted Tuesday night. “We’re putting them on notice today.”

“Protesting is a right and free speech is a right, but to engage in violence, burning, looting and the rest, in the name of protesting, is wrong,” Biden said in a campaign appearance Tuesday.

Trump reportedly issued a memo Wednesday night, requesting that federal agencies begin looking into shifting funds away from “cities that allow themselves to deteriorate into lawless zones,” the New York Post reported.

Cuomo disregarded Trump’s latest push to quell protests across the U.S., saying that Trump was not “a king.”

“He thinks he’s a king but he’s not. He’s a president. And there is a Constitution and there are laws — nothing that he knows anything about — but the federal budget is appropriated by law,” Cuomo said in a conference call Wednesday night.