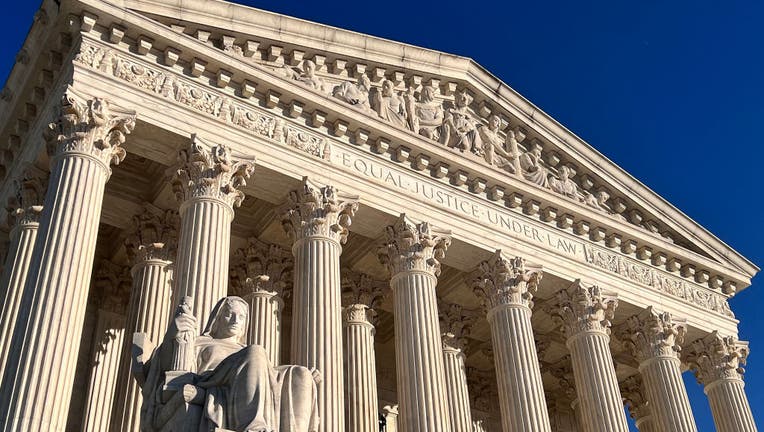 OAKLAND, Calif. - Though pro-abortion rights supporters are shocked and angered by the leaked Supreme Court draft decision, millions of Americans are realizing that a half-century-old dream, is finally coming true.

We spoke to one of the state's most significant anti-abortion advocacy groups, Californians for Life, for its reaction. "I'm here to say, as a woman, that enough is enough," said Wynette Sills, Director of Californians for Life. She stood defiantly in front of a Central Valley Planned Parenthood center and estimates that the U.S. has upwards of a million abortions every year; 150,000 in California.

For Sills and her members, the Roe v. Wade decision leak is not a reason to pop champagne corks. "Cautious optimism. We're hopeful that this decision that was wrongfully decided nearly 50 years ago will finally come to a conclusion," said Sills. She says, California's role is the real challenge. "It is a turning point in America's history and yet, you are absolutely right that for those of us here in California and other states that are so extremely promoting abortion, our challenge has gotten even more difficult," said Sills. But, says Sills, it's winnable. "Minds and hearts are changing as people are talking about this, so we welcome the conversation," said Sills.

We took a look at the highly respected Gallup polling organization's four years of scientific polling on abortion rights; 2018 to 2021. Among adults, support for abortion has remained neat the 50% mark. Anti-abortion sentiment remains couple points behind.

Among women, abortion support has taken the lead over anti-abortion over the last two years. The 2022 poll will be taken this month. Sills believes that California will change. "Our Governor and the Democrat controlled state legislature have pledged to make California essentially the abortion capitol of our country," said Sills.  She adds that California is already inviting non-California women to come here for an all expenses paid abortion experience at taxpayer expense. Still she is hopeful. "The demand for abortion will continue to decline as we have seen across our country, even in the bluest states like California," said Sills.

Sills has her work cut out for her. David Binder Research, a polling and campaign consulting firm, found that more that two-thirds of likely California voters say they would not like to see the Supreme Court overturn Roe v. Wade.