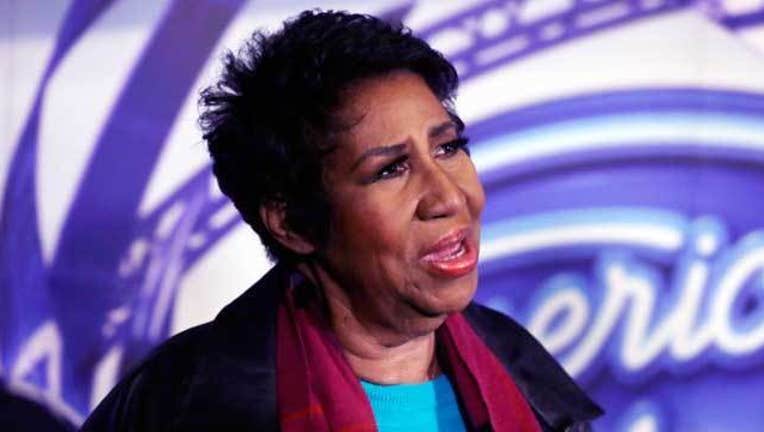 DETROIT (AP) — Aretha Franklin not only is the "Queen of Soul." She's also the queen of "American Idol." The music legend welcomed the long-running TV singing competition to her hometown of Detroit Wednesday.

The three musically accomplished judges — Jennifer Lopez, Keith Urban and Harry Connick Jr. — and host Ryan Seacrest were on hand at The Fillmore Detroit, as were the contestants.

But the star of the show was Franklin. She served as a mentor to the contestants and performed on The Fillmore's stage.

Her performance earned a standing ovation and a hug from Seacrest, who said "Idol" planned to honor the music "born on these very streets."

Beforehand, Lopez said she, much like the contestants, hoped to pick up some tips from Franklin.

"Just seeing a performer like that who's done it for so long and has had such an illustrious career, you can only learn," Lopez said. "If you pay attention, you will learn something today. I know I will be paying attention."

Franklin said it was "absolutely super" to have a show she has enjoyed watching for years visit the city that produced "Motown, Berry (Gordy), myself, the (Four) Tops, the Temps (Temptations).

"Where else" would you want to be, she asked.

This week's "Idol" episodes air on Wednesday and Thursday nights. They feature the remaining 12 male and 12 female contestants.

Urban said this season, the show's 14th, is no exception.

"There's a good handful of artists that I think are going to be around a long time," he said.