Authorities say on Thursday morning, a man's body was found along some tracks near Parr Blvd and Giant Rd.

RICHMOND, Calif. - A man found dead near train tracks in North Richmond on Thursday morning was initially thought to have been shot but an autopsy determined he had been hit by a train, according to the Contra Costa County Sheriff's Office.

The man was identified on Saturday as 40-year-old William Cody Tate of San Pablo.

Tate was found near Parr Boulevard and Giant Road at about 10:45 a.m. on Thursday. 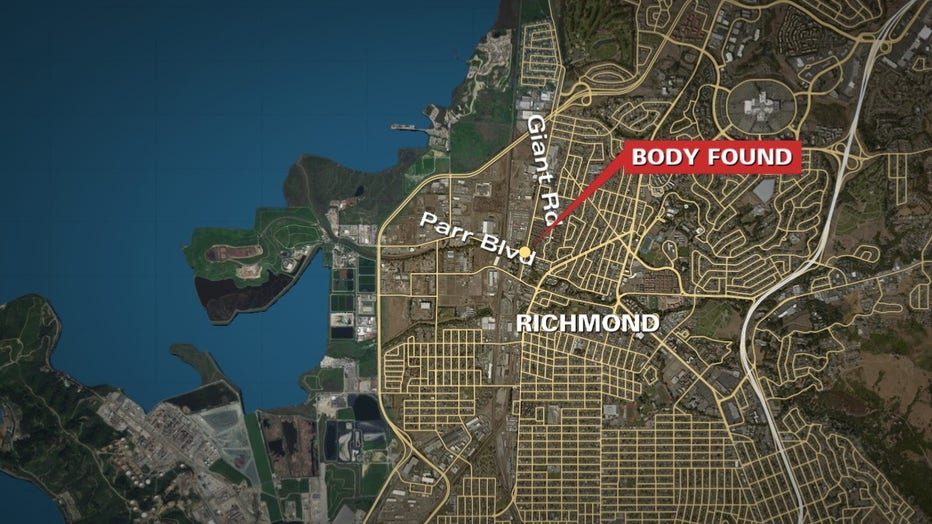 Authorities say on Thursday morning, a man's body was found along train tracks near Parr Boulevard and Giant Road.

But an autopsy determined that he had not been shot and had suffered blunt force trauma consisted with being hit by a train, sheriff's officials said.