One of the world’s largest airlines is joining the effort to bring more baby formula to the United States.

Delta and the White House announced Friday that the airline’s cargo division will donate 13 flights from the U.K. to the U.S. from June 20 - 24, transporting 212,000 pounds — or about 3.2 million 8-ounce bottles — of Kendamil organic and classic formulas.

Pediatricians say baby formulas produced in Canada and Europe are roughly equivalent to those in the U.S., but companies seeking to enter the U.S. market typically face several major hurdles, including rigorous research and manufacturing standards imposed by the FDA. In mid-May, the Biden administration announced measures to streamline the importing process in response to a critical shortage of baby formula nationwide.

Kendamil will export at least 2 million cans of infant formula to the U.S. — the equivalent of 54 million 8-ounce bottles, according to the White House. Parents can learn more about Kendamil formula here. 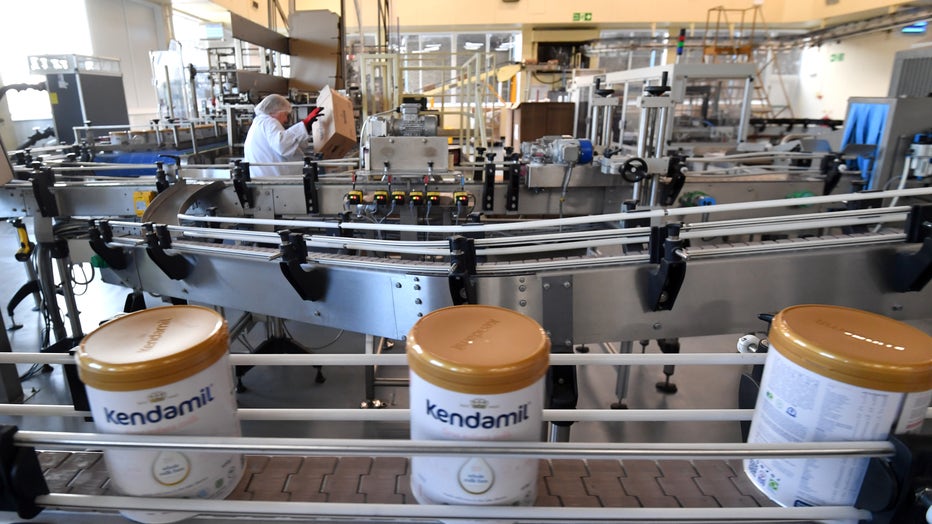 Why is baby formula still in short supply?

The February shutdown of the largest formula factory in the country, owned by Abbott Nutrition, led to the supply problems that have forced some parents to seek formula from food banks, friends and doctor’s offices.

Abbott closed the Sturgis, Michigan, factory after the FDA began investigating four bacterial infections among infants who consumed powdered formula from the plant. Two of the babies died. The company continues to state that its products have not been directly linked to the infections, which involved different bacterial strains.

Abbott’s February recall of several leading brands, including Similac, squeezed supplies that had already been strained by supply chain disruptions and stockpiling during COVID-19 shutdowns.

The plant reopened June 4, but supply problems are expected to continue into the summer. Traditionally, 98% of the infant formula supply in the U.S. has been made domestically.

The shortage has been most dire for children with allergies, digestive problems and metabolic disorders who rely on specialty formulas. The Abbott factory is the only source of many of those products, providing nutrition to about 5,000 U.S. babies, according to federal officials.

The Associated Press and FOX’s Stephanie Weaver contributed to this report.