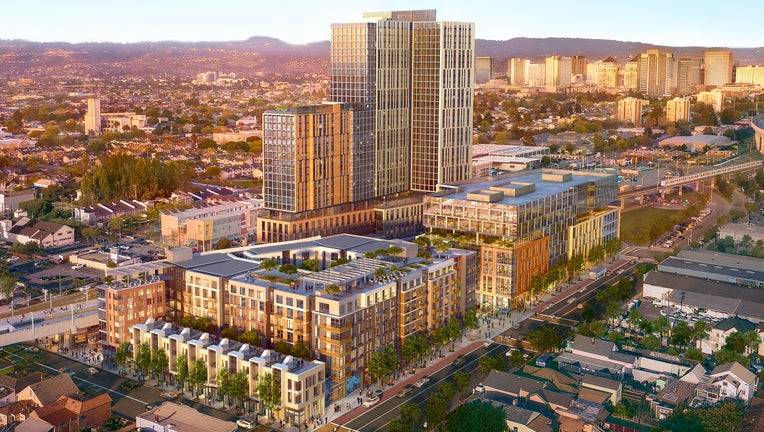 OAKLAND, Calif. - The BART Board of Directors this week approved a mixed-use housing development at the West Oakland station that will include some 350,000 square feet of retail and office space.

The Mandela Station Transit Oriented Development will have 762 housing units, 30 percent of which will be designated as affordable, 50,000 square feet of retail space, 300,000 square feet of office space and various amenities such as wider sidewalks and more crosswalks for pedestrians.

The mixed-use complex will be built on existing parking lots at the West Oakland station, according to agency officials, who estimate that 55 percent of riders who park at the station will continue use the transit system. The development will also add an estimated 1,800 trips to BART's ridership.

"Transit oriented development is critical to the future of the Bay Area and I'm confident this will be a transformative and inclusive project for West Oakland," BART General Manager Bob Powers said.  "Our stations are embedded in many communities and we have a chance to make those areas work better for everyone."

The Board of Directors voted 6-2 to approve the development plan at its Thursday meeting. A community advisory committee had been in place for the project for almost five years prior to the vote.

"This is a critical point in Oakland's history and West Oakland's history to bring much needed housing that is walkable to amenities and to meet one of BART's goals of creating East Bay job employment centers with the planned office product," said Oakland City Councilwoman Lynette Gibson McElhaney, who represents the neighborhood where the development will be located.

"Being able to work, live, and shop in my community is what transit-oriented development is all about."