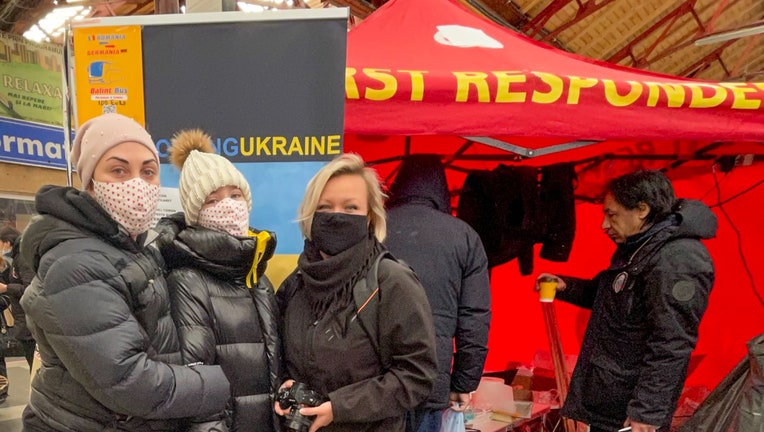 KAISERSLAUTERN, Germany - A Ukrainian-born U.S. Army soldier from the Bay Area has been on a heart-wrenching personal mission in Europe to help loved ones who have been victims of the Russian invasion on her homeland.

Earlier this month, Army Sgt. 1st Class Anastasia Maynich, 38, flew to Bucharest, Romania, where she was reunited with family members who had frantically fled their home in Odessa under the veil of early morning hours to escape the violence that had so suddenly rained on their country.

Maynich, a naturalized U.S. citizen who emigrated from Ukraine with her family as a teenager, received a call from her cousin, Tetiana, as she was packing her bags to flee with her 11-year-old daughter Sofiia. Her cousin, who was a police officer at Odessa International Airport, saw Russian forces closing in and knew she had to run for safety.

That same day she received the call, Maynich, who’s currently an active member of the Fairfield-based 49th Military Police Brigade of the California National Guard, made a decision on what her next overseas mission would be. And unlike the combat veteran’s deployments to Iraq and Afghanistan, it would be a self-assigned and extremely personal operation.

"Hearing Tania’s heartbroken voice on the other end, I bought a one-way ticket to meet her and Sofiia in Romania," Maynich said in a GoFundMe set up to help her family members relocate.

"They packed as much as they could into her car and began their journey to the Romanian border through Moldova," Maynich explained, adding, "They literally left with their documents, two bags of their belongings and about $300."

It would be a harrowing four-day, 365-mile journey, during which they came under direct gunfire at one point.

"They were driving to the border, and they were getting shot," Maynich told KTVU. "Two cars in front of them got hit, and a car behind them got hit and everybody kept driving," she explained.

They ultimately made their way to Moldova and into Romania, meeting Maynich in what would be an extremely emotional reunion almost two weeks ago at the Henri Coandă International Airport in Bucharest, just as Maynich arrived from the U.S.

While her cousin and child made it safely out of Ukraine, Maynich said, "Their journey had really just begun."

After arriving in Romania, Maynich said she got to work, noting that the skills and experience she gained abroad as a solider, came in handy and helped her maneuver through the situation. "The military training and everything I have traveled through within the military, it prepared me for this type of moment, to be strong."

Maynich, who has a civilian job as an emergency management specialist at the NASA Ames Research Center in Mountain View, had to take a leave from work to make the trip.

Her energy was now focused on trying to sponsor Tetiana and Sofiia to come to the U.S. Those efforts have included reaching out to the U.S. Embassy in Bucharest, contacting immigration experts, and seeking various other avenues.

None of the efforts have yet been fruitful. "We filed the paperwork last Monday for humanitarian parole for travel documents," she explained, adding, "We haven't heard anything back from immigration services."

When they weren’t working on U.S. relocation efforts, their days were spent at the local Ukrainian refugee site in Bucharest, where the three volunteered to assist others whose lives had also been upended by the war.

Maynich, who’s trilingual in Ukrainian, Russian and English, offered her services as a translator. Her cousin and her daughter helped direct fellow refugees, passed out water and offered emotional support, she said.

After about a week in Bucharest, the three got in their car and took yet another multi-country journey.

Last Friday, they decided to leave Romania and traveled to Southwest Germany, where an Army friend of Maynich’s offered them a safe, comfortable place to stay as they continued to await word from U.S. immigration officials.

As of Tuesday, the waiting game continued, and Maynich explained to KTVU that if Tetiana and Sofiia don’t receive the clearance needed to enter the U.S. with her, she’d have to go home without them for now. But she felt assured that relocating to Germany was a beneficial move, especially if they were to be faced with that scenario, as she noted her family was in good hands with her friend and host.

"I have to come back this weekend, even if there is no immigration number or anything," she said, explaining that she needed to return to her job on Monday.

Maynich, whose career in the military spanned more than 18 years, said she’s seen her fair share of war-torn environments, helped refugees in other conflicts, and as a California National Guard member, responded to devastating disasters, including the 2017 Tubbs Fire in Napa County and the 2018 Camp Fire in Butte County.

This crisis, however, has hit her on an entirely different plane, while simultaneously, empowering her to intervene and help.

"So when we go into Iraq and Afghanistan, we have a mission," she explained. "It was something we did, something we had to do and follow the rules. And we have to follow the mission, even though I cared about the people we were interacting with and trying to help out."

But as a soldier, she said, her job constraints limited her from taking further action.

This fight, she said, was personal.

Maynich said the donations collected in the GoFundMe would be used to help pay for immigration costs and legal fees in the effort to sponsor her cousin and cousin's daughter to come to the U.S.

Any of the donations left over would go toward humanitarian relief efforts for Ukrainian refugees, the soldier explained.

"I'm not the only one in this situation. The fact is that there are so many refugees that really need help," she said, adding, "I just want to really reach people. I want them to understand the scope of what is happening." 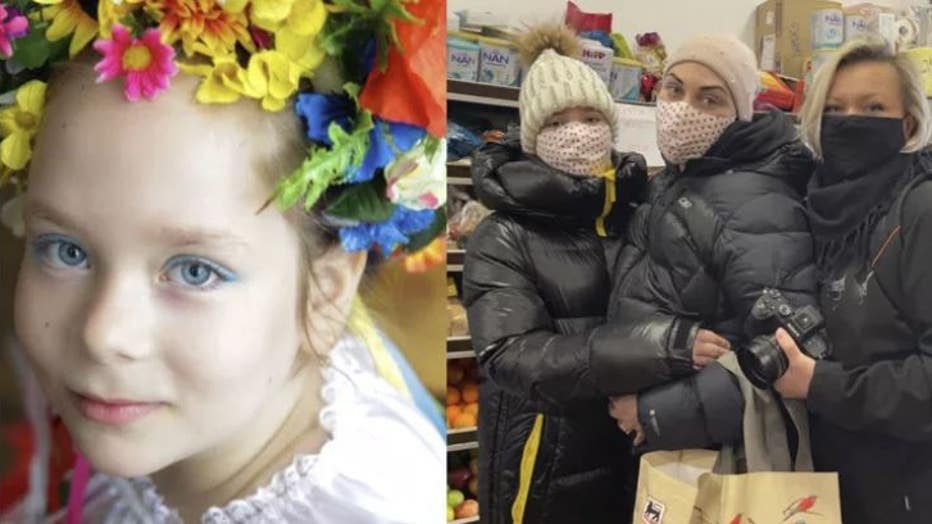 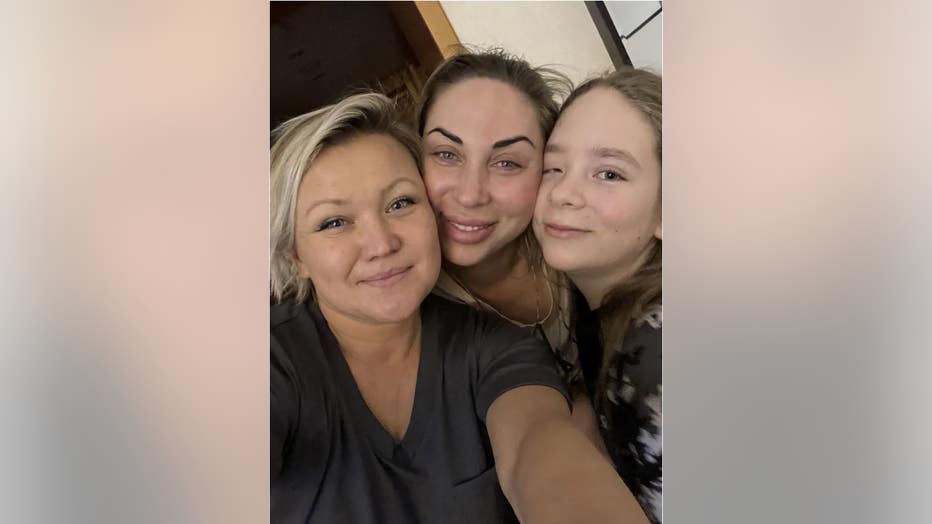 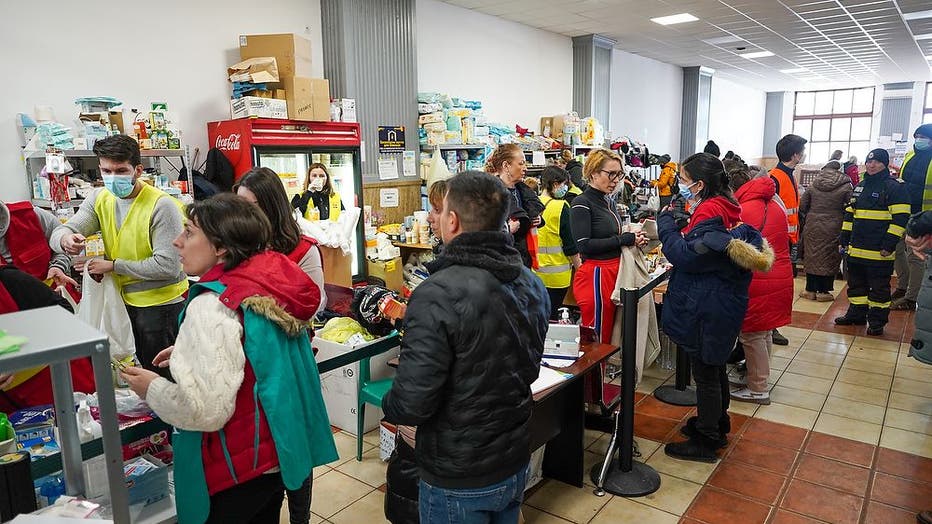 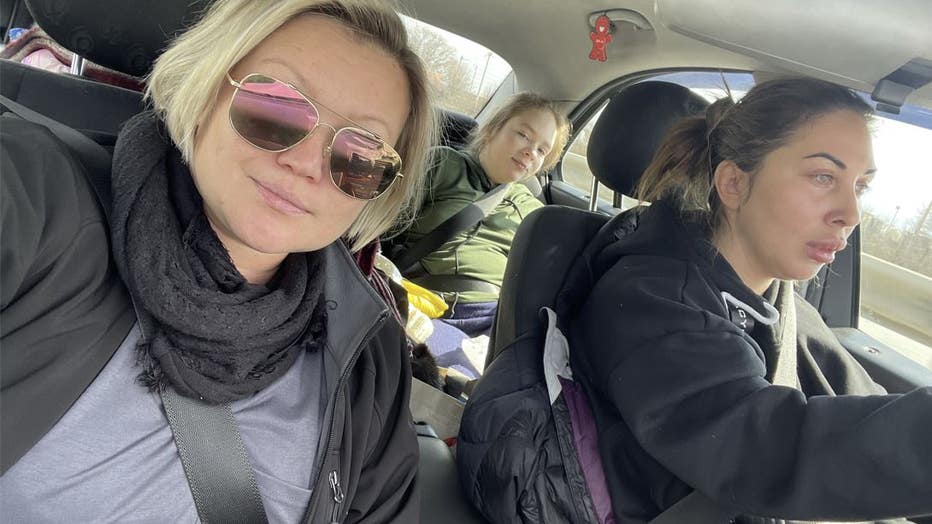 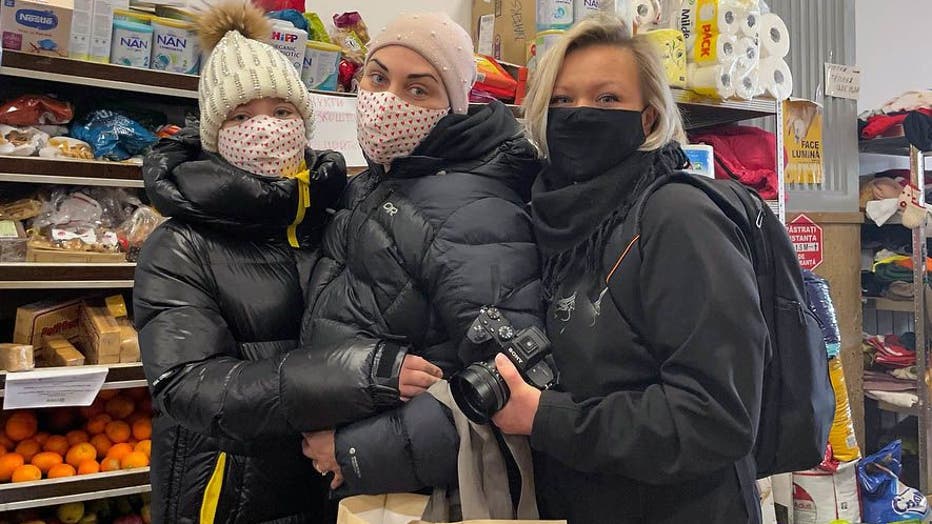