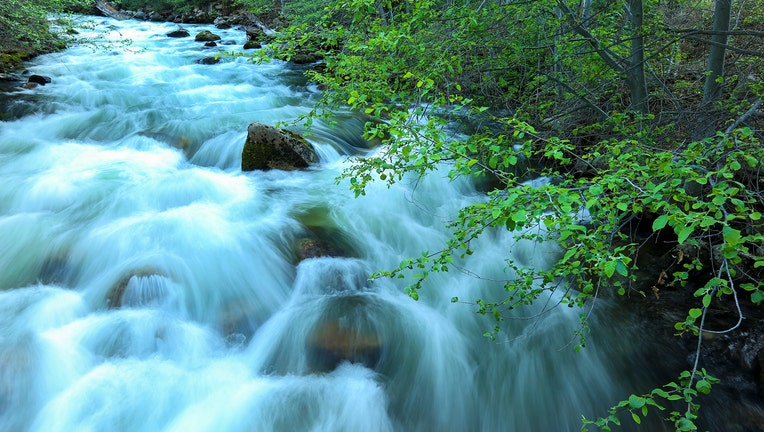 FILE PHOTO. The Covid 19 Pandemic closed most US National Parks during 2020. National Parks are slowly opening for the 2021 season. View of the Merced River in Yosemite National Park Wednesday May 12, 2021. Photo by Tom O'Neill (Photo by Thomas O'Nei

STANISLAUS COUNTY, Calif. - A 20-year-old Berkeley man who worked as a staff member at a well-known Jewish summer camp died Thursday while swimming in a river near Yosemite National Park.

Camp Tawonga announced Friday that Berkeley High School graduate Eli Kane, 20, drowned at a river spot outside of Camp Tawonga’s property in Stanislaus National Forest during his day off.

Camp Tawonga Chief Executive Officer Jamie Simon said in a statement that at the time of the drowning campers weren't present, however several other staff members were.

Personnel from Cal Fire and the Forest Service responded to the scene but were unable to save Kane.

"Eli was a bright light, beautiful spirit and an adored Tawongan. Our deepest sympathies and thoughts are with Eli’s family, and we are grieving with them. He was a long-time Tawonga camper, SCIT and a truly incredible counselor."

"The campers are all safe and participating in regularly scheduled activities. We hope to retain the magical Tawonga experience for the children while also holding the sadness of this tragic loss," Simon said.

Torah services at Makom Shalom were scheduled for Saturday to honor Kane's legacy.