BERKELEY, Calif. - A 58-year-old female pedestrian struck and killed by a car that drove onto a University Avenue sidewalk while fleeing UC Berkeley police Monday morning was a transient, police said on Tuesday.

Berkeley police spokesman Byron White said a campus police officer was driving by a church on University Avenue about 10:30 a.m. when the officer heard a woman in a gray Nissan four-door sedan screaming for help. When the officer attempted to make contact with the driver, he sped off, police said.

The campus police officer gave chase, and not long after the car drove onto the sidewalk, striking the pedestrian at University Avenue and Sixth Street, a few blocks east of Interstate 80. White said.

Byron said the car then drove onto Interstate 80, but which direction was not known.

Alameda County coroner is not releasing the woman's name because her next of kin have not been notified. 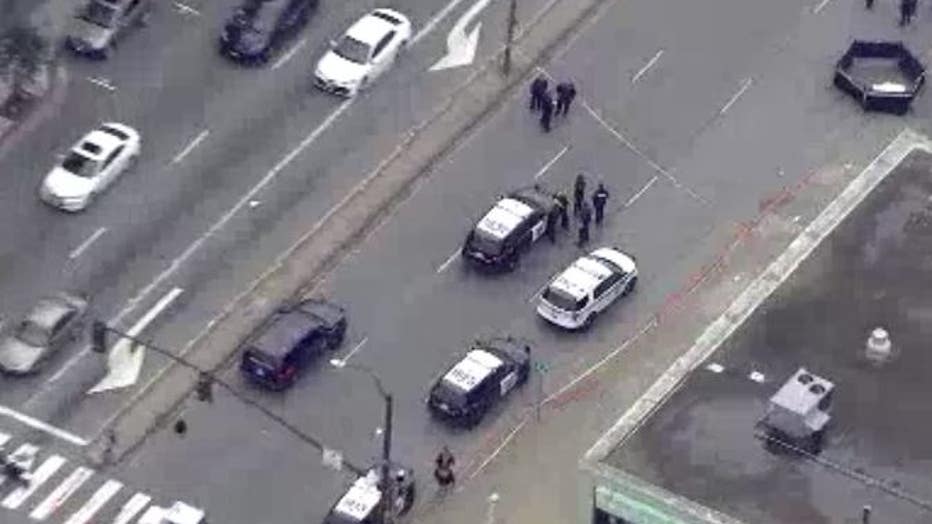 A pedestrian walking on the sidewalk on University Avenue was struck and killed by a car fleeing UC Berkeley police. Jan. 20, 2020