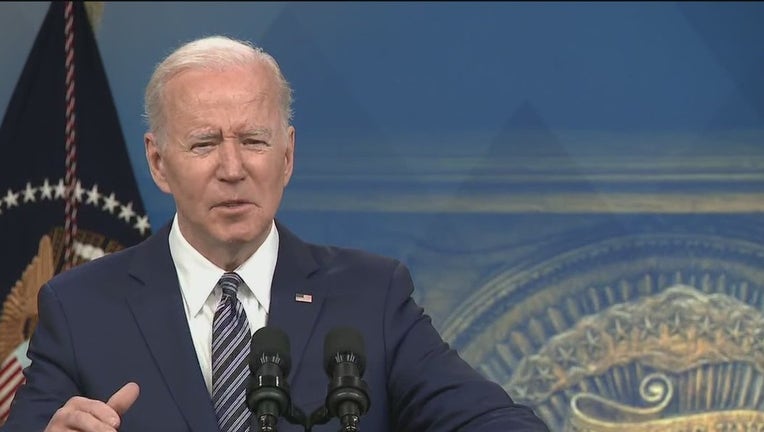 BERKELEY, Calif. - President Joe Biden on Thursday released one-fourth of the entire U.S. strategic petroleum reserve, in an attempt to calm rising gas prices brought about by ever rising demand and the Russian invasion of Ukraine.

To combat that now and in the future, President Biden outlined a multi-point strategy: one, do things to bring prices down now by releasing oil from the strategic reserve. "One million barrels per day for the next six months; over 180 million barrels," said the president.

UC Berkeley Haas Energy Economist Severin Borenstein reacted to the announcement. "The strategic petroleum reserve is there to deal with these international geopolitical crises and we definitely have one right now," said Borenstein.

What about the price of gas?  "A small effect on gas prices. Today the price of crude oil came down about $5 a barrel so far and that would translate to about 12 cents a gallon," said Borenstein.

Using the reserve buys time for oil producers to vastly ramp up U.S. production by fall. Right now, a lot of production wells are idle while other oil lays dormant or hoarded in already approved but unused, drilling leases.

"I'm calling for a use it or lose it policy," said Biden.

Some oil companies have said they will be able to produce a million barrels a day by fall. "It makes sense because you don't want companies holding onto leases that they aren't actually going to do anything with," said Borenstein.

But, getting the necessary labor, equipment and parts needed are iffy because of scarce labor and supply chain shortages. OPEC may increase production a little, but that's because a little increase allows them to rake in far more money when prices are high, but not enough to immediately collapse prices. But, it will help consumers with prices while also undermining Russia's finances.

The ever-changing oil futures market pegs oil prices $20 lower in the next six months to a year, but Russia remains the wild card.