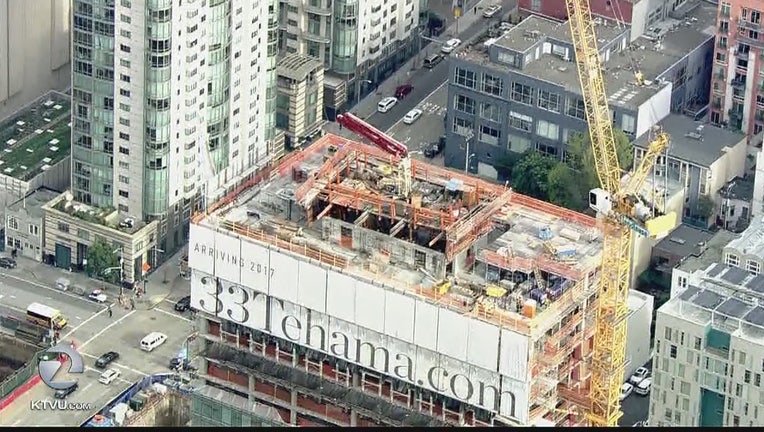 OAKLAND, Calif. - Two and a half months following a new ordinance aimed at improving equity in city contracting, little has changed, a city councilmember admitted Thursday.

City councilmember Loren Taylor said anecdotal evidence suggests improvement, but there are no numbers to back it up. Contractors say they are going to meeting after meeting with city officials and nothing has changed, leaving them frustrated.

The frustration comes after the City Council passed the Local Business Empowerment Through Contracting ordinance in February, and after the city's seemingly reluctant decision to release a study showing racial disparities in contracting in Oakland.

"So far we've had a bunch of meetings," but Black businesses are not getting the answers they need to do business with Oakland, general contractor Mario Wagner of RF Contractors in Oakland said in an interview.

It's not just contractors who've noted the disparities in contracting, but also the former president of a Black chamber of commerce and research by a highly-regarded consulting firm.

The inequality, contractors say, extends beyond to some other agencies in Oakland.

"We're facing this in every arena," said Bendu Griffin, president of Tonma, a management consulting firm in Oakland.

"It's a whole community being left behind," she said, adding that Black contractors are going extinct.

Eleanor Ramsey, president and CEO of Mason Tillman Associates, a national disparity study consultant, said disparities in the use of Black contractors is particularly bad at the informal level of contracting.

Informal contracting does not require an agency to publicly advertise the opportunity. That's where city staff can make decisions about contract recipients. City of Oakland contracts of up to $50,000 can be awarded through the informal process.

Based on the City of Oakland Race and Gender Disparity Study released in February 2020, 16.5 percent of all available construction contractors in Oakland are considered Black contractors, but they only received 6.5 percent of the small contracts under $50,000 between 2011 and 2016.

The disparity study shows the pattern is similar in the professional services sector.

Oakland is just one of many cities that has this problem, Ramsey said.

The disparity study also shows Oakland has a pattern of giving work to the same vendors.

Among goods and commodities businesses, 1,072 were given contracts and 45 received 70 percent of the dollars awarded.

Eddie Dillard, former president of the Oakland Black Board of Trade and Commerce, agreed there are problems.

"The city's process is not contractor-friendly," he said.

Usually, contractors don't find out about contracts until shortly before the bid is due.

"The city does a very poor job of outreach," Dillard said.

The city does not advertise contracts in minority newspapers or in minority trade journals, which makes it more difficult for minority businesses to participate.

Dillard said city staff also have a propensity to hire businesses they are familiar with rather than give new firms a chance.

But he, like Taylor, thinks the city has made some progress recently.

Taylor said some contractors now have opportunities they didn't have before. The level of attention and focus on equity is higher, he said.

Wagner said he and others want to know what contracts are in the pipeline over the next three months to a year, so they can get ready for them.