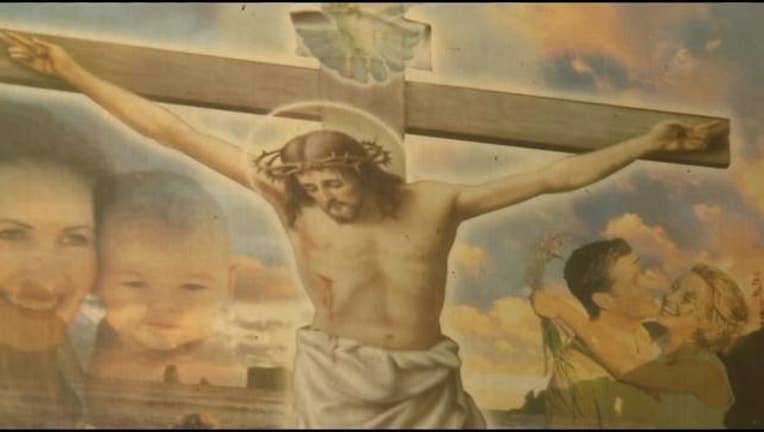 SAN ANTONIO, TX- A 12-year-old boy will soon be honored for saving three people from a burning home.

His family believes a higher power helped him take heroic actions that day.

Roger Hernandez gave a tour of the damage left behind.

But out of the ashes, came a symbol of hope!

Roger calls it a miracle.

A picture of Jesus and a cross, were left untouched!

The 12 year old, who suffered smoke inhalation while saving his mother, little brother and grandmother, says he did what anyone else would do in the face of danger.

He's about to be honored by the San Antonio fire department for his bravery.

"I was surprised. I wasn't expecting anything out of it just to save my family's life," Jaccob said.

His proud mother Denise Munoz looks back to the cross, and smiles.