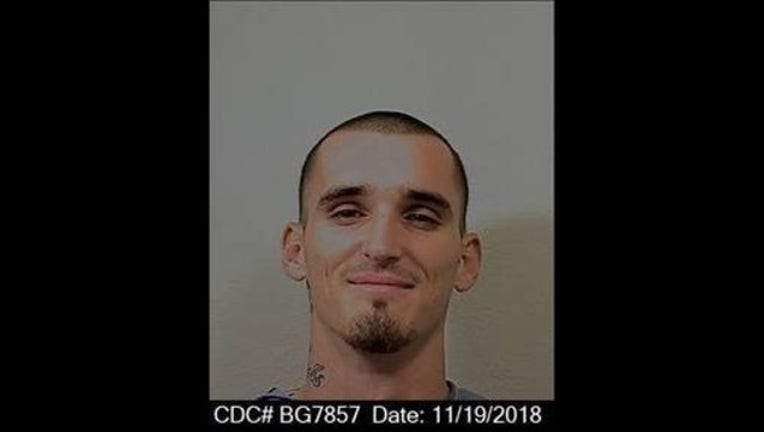 FOLSOM, Calif. (KTVU) - A minimum-security convicted burglar is missing from Folsom State Prison, the California Department of Corrections and Rehabilitation announced on Wednesday.

Justin Franks, 27, is a white male of light complexion, 5 feet 10 inches tall, weighs 143 pounds and has brown eyes and short black hair. He was last seen at 7 p.m. on Dec. 22 wearing a light-blue shirt and blue pants with “CDCR Prisoner” on them, the prison said. Franks was discovered missing during an inmate count at 9 p.m. on Dec. 22.

He was received by CDCR from San Bernardino County in July with a three-year, four-month sentence for first-degree burglary. He was scheduled to be released in June 2019.

Anyone with information is asked to call Agent Lewis Leflore in the Special Services Unit in Sacramento at (916) 631-0175. Anyone who sees Franks should immediately contact law enforcement or call 911.