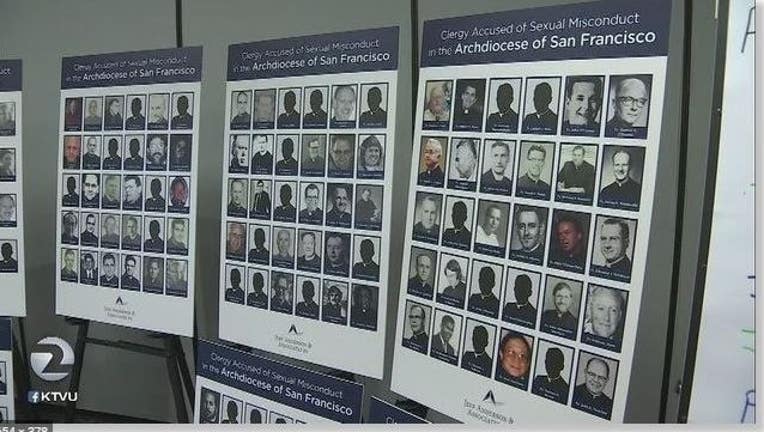 SACRAMENTO, Calif. - California’s Attorney General has sent subpoenas to six of the 12 Catholic dioceses in the state as part of an investigation into whether they have properly handled allegations of sexual abuse by priests.

Sacramento-based church spokesman Kevin Eckery told KTVU that all the subpoenas were received on Tuesday. The dioceses had a heads up that the subpoenas - which compel a witness to testify or provide evidence - would be coming.

And the six dioceses have already been voluntarily providing those documents since May,  Eckery said. They are the archdioceses of Los Angeles and San Francisco and the dioceses of Sacramento, Fresno, San Jose and Orange.

Eckery did not know why these particular six dioceses were selected. A representative from Attorney General Xavier Becerra’s office would not comment on why just half the dioceses were subpoenaed. In an email on Wednesday, the office said they don't comment on potential or ongoing investigations, to protect their integrity.

However, the AG did send letters to all 12 dioceses in May asking them to voluntarily retain documents related to the abuse allegations that have forced the church to pay hundreds of millions of dollars to victims.

Sacramento Bishop Jaime Soto said in a statement that the church “is committed to a full accounting of the past sins of clergy sexual abuse, and to doing all we can to ensure it never happens again.”

Several dioceses have tried to be more forthcoming in recent years. This year, the Archdioceses of San Jose and San Francisco released the names of priest accused of sexual abuse.

A new law taking effect Jan. 1 is expected to bring many more lawsuits when it temporarily lifts age limits on filing abuse claims that may be decades old.