SACRAMENTO, Calif. - California moved a step closer Wednesday to creating sites where people could legally use drugs under supervision designed to save them from dying if they overdose, over the objections of opponents who said the state would be enabling dangerous and illegal activity.

The full Assembly will now consider allowing test programs in Los Angeles, Oakland and San Francisco, more than a year after the proposal narrowly passed the state Senate.

"We know that we are experiencing a crisis of overdose deaths, and these are preventable," said Democratic Sen. Scott Wiener. "This is one way to help keep people safe and to actually help people get into treatment."

Assembly Public Safety Committee members advanced the bill on a 5-2 vote after hearing conflicting statistics about the experiences in Canada, Europe, Australia and most recently two sites in New York City.

There has been not a single overdose death in the supervised sites, said Wiener and proponents of his bill.

But people still are dying around them, attracted to neighborhoods where drug use is overtly sanctioned by the government, countered opponents. 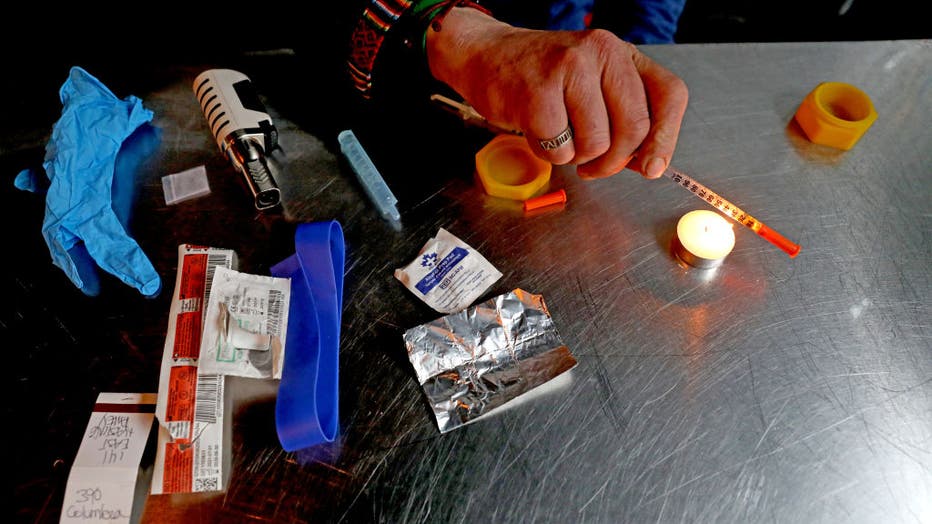 VANCOUVER, BRITISH COLUMBIA - MAY 03: Geoffrey Bordas, 37, of Ontario, a fentanyl addict who also works at the Overdose Prevention Society (OPS), prepares an injection of fentanyl to be given to himself at OPS in the Downtown Eastside (DTES) neighbor

"There is a magnet effect so that people come into the area," said John Lovell, testifying on behalf of the California Narcotic Officers’ Association and several other police organizations.

"What they’re proposing is addiction maintenance. ... I think that we need to embrace addiction recovery," said Michael Shellenberger, author of a book entitled "San Fransicko: Why Progressives Ruin Cities" and a no party preference candidate for California governor.

Clean needle exchanges were once also controversial, before they became a largely accepted way of minimizing the spread of HIV, hepatitis and other diseases that can be spread through the sharing of dirty needles, said Vitka Eisen, a former heroin user herself. She now heads the low-income health care provider HealthRIGHT 360 and sits on the boards of the California Council of Community Behavioral Health Agencies, California Association of Drug and Alcohol Program Executives, and National Council for Behavioral Health.

"In the face of a crisis, we must do things differently," she said, referring to the national onslaught of opioid deaths, often fed by the prevalence of fentanyl.

The governing bodies in each of the California jurisdictions have already asked to be included in the test program if Wiener’s bill becomes law. It would remain up to them whether to go ahead and to what extent. The test programs would run until 2028, and the participating governments would have to split the cost of an independent study on the effectiveness of the program and its impact on the community, due by 2027.

Former Gov. Jerry Brown, a Democrat, vetoed a more limited proposal in 2018, saying then: "Fundamentally, I do not believe that enabling illegal drug use in government sponsored injection centers — with no corresponding requirement that the user undergo treatment — will reduce drug addiction."

The new proposal split the Assembly committee along party lines.