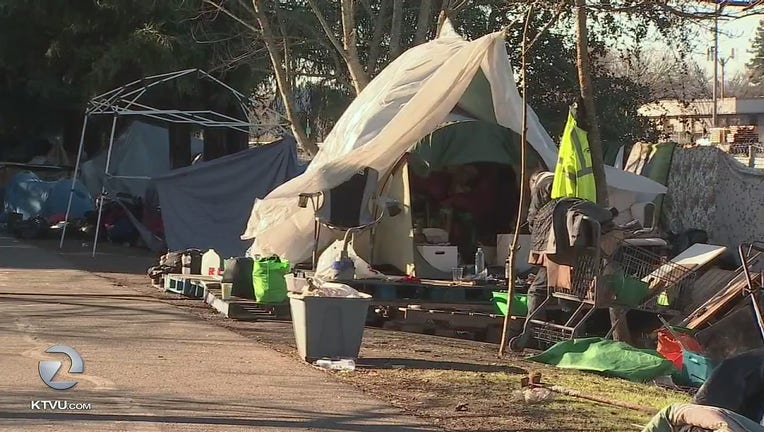 A growing homeless encampment in Santa Rosa has been plagued by a series of recent fires, which has been of concern to neighbors who reside in the area.

SACRAMENTO, Calif. - California is asking the Trump administration to provide surplus federal land that could be used to build housing for the homeless, mirroring a new state program.

Gov. Gavin Newsom sent the request in a letter Tuesday to U.S. Housing and Urban Development Secretary Ben Carson amid an ongoing debate over whether Democratic officials in California are doing enough to ease the state's homelessness crisis.

The Democratic governor earlier this month directed his administration to identify unused state property by month's end that local governments or nonprofits can use, so long as it doesn't delay the development of affordable housing.

That includes state property alongside highways or state roads, state fairgrounds, and vacant hospitals and health care facilities. Applicants will submit proposals for long-term leases on the land to build permanent housing.

“You could match our commitment by similarly providing free surplus federal land to local governments across the state so they can build housing for the homeless,” Newsom wrote in the letter he made public Wednesday.

Newsom also noted his other recently announced plans, including $2 billion in spending during the current and upcoming fiscal years.

“A key part of our emergency actions is is deploying 100 emergency trailers and providing state land available for free to local governments to use for homeless housing and shelter,” he wrote. “As you engage California with offers of resources, I hope you will match our commitment to comprehensive solutions that go beyond temporary tent villages. A successful deployment of emergency aid must include a significant federal commitment to housing resources - anything less, and we risk creating permanent homeless encampments on federal land."

HUD calculates that California's homeless population increased 16% last year, to about 151,000 people, or more than a quarter of the national total.

But Trump said in a tweet that if city and state leaders “acknowledge responsibility and politely" ask for help, then his administration “will very seriously consider getting involved."