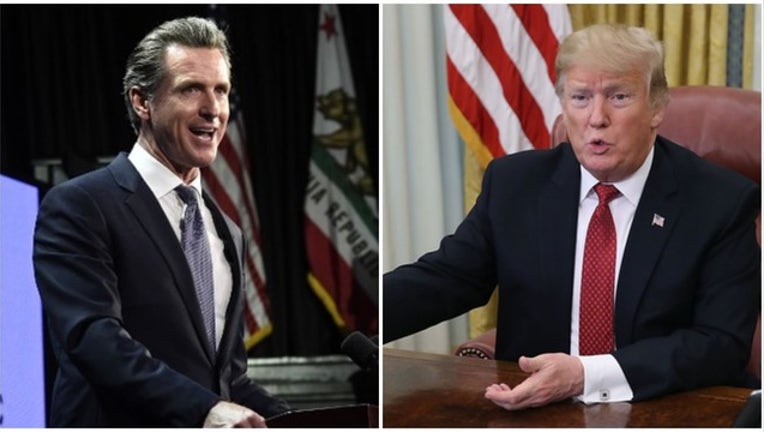 California Gov. Gavin Newsom sparred with President Trump over billions in federal money the state was awarded to build a high-speed rail between Los Angeles and San Francisco. (Getty Images)

California received the money during the Obama administration. It comes with strings attached, such as completing environmental work along the entire line and providing matching state money.

Newsom said Tuesday there "isn't a path" now to build the full line. He says he'll focus instead on finishing a leg through the Central Valley while continuing all the environmental work from LA to San Francisco.

That prompted Trump to tweet that the money was wasted and California needs to pay back the federal government. Newsom responded that it's California's money and "we're not giving it back."