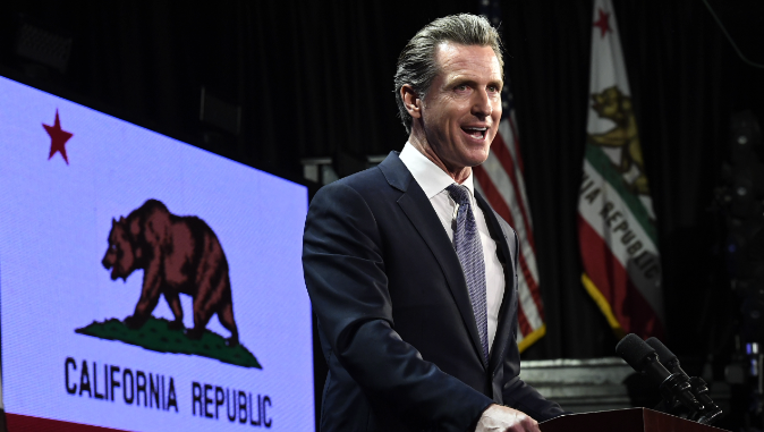 SACRAMENTO, Calif. - California Gov. Gavin Newsom will announce his state spending plan on Friday, flush with a multi-billion surplus that state lawmakers expect he will use to give full health benefits to more low-income adults living in the country illegally.

The deep-blue state of nearly 40 million people has about 3 million people left who don't have health insurance. About 30% of those are living in the country illegally, according to the California Health Care Foundation.

California's Democratic leaders have been aiming to get the uninsured population down to zero, one piece at a time. In 2016, California offered full health benefits to children 18 and younger regardless of immigration status.

This year, lawmakers are aiming to offer benefits to people 65 and older living in the country illegally. Democratic state Sen. Maria Elena Durazo said Newsom promised her he would include the health care proposal for seniors in this year's budget.

“We don't have any reason to think it won't be in there,” she said. “We can't solve the health care crisis if we don't include t hem as part of the many Californians who are uninsured.”

It cost the state about $98 million to cover full health benefits for low-income adults ages 25 and younger living in the country illegally. State officials about 90,000 people will get coverage.

The proposal for seniors would cover fewer people, about 25,000, but would cost more: About $101 million for a full year, according to estimates of similar proposals last year. That's because health care for older people is generally more expensive.

Newsom's budget introduction is the first step in approving a spending plan for California. In May, Newsom will revise his plan once state officials have a better estimate of how much money the state will collect in taxes this year. State lawmakers have until June 15 to vote on the budget proposal and send it to the governor for his approval. Lawmakers forfeit their pay if they miss the deadline.

Newsom already provided details on key areas of his budget in recent days, outlining steps to curb homelessness, wildfires and the cost of prescription drugs.

He signed an executive order Wednesday creating what he proposes to be a $750 million fund that providers could use to pay rents, fund affordable housing or help board and care homes. He’s seeking another $695 million in state and federal matching funds for preventive health care, but some of the money could also go to helping people find housing. And he ordered state agencies to free vacant state property to house homeless people.

On Thursday he proposed having California become the first state to make its own prescription drugs, to “take the power out of the hands of greedy pharmaceutical companies." California would contract with generic drug companies on behalf of its nearly 40 million residents and create a single market for drug pricing in California.

He separately proposed hiring 555 firefighters over five years and spending $100 million to make homes more resistant to wildfires as part of a $2 billion emergency services budget that also includes flood protection and high-tech mapping including areas prone to wildfires, floods, tsunamis and mudslides.