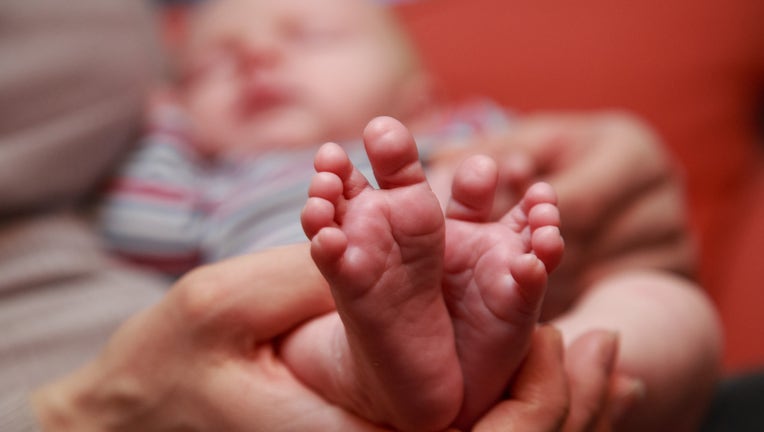 Vader, a week old baby is seen on 21 March, 2017 in Bydgoszcz, Poland. According to daily Dziennik Gazeta Prawna over 400 thouand babies will be born by the end of 2017, the highest number in seven years. (Photo by Jaap Arriens/NurPhoto via Getty Ima

Michelle Reaves died from complications during childbirth. Although the baby made it out safe, Reaves did not, according to a GoFundMe created to help with funeral costs.

"I can’t even begin to imagine what her husband Chris and her two babies are going through so I want to start this page to help raise money for help with the kids, for Chris as they all adjust, funeral services or anything at all to make it as easy as we can on them," wrote Jaime Herwehe, who organized the fundraiser on behalf of Reaves' husband, Chris.

According to the post, Michelle and Chris decided to help another family who wasn't able to have children after they were done having kids of their own.

Michelle was on her second surrogacy for the same family when she lost her life.

Like any other pregnancy, surrogate pregnancies involve the same medical risks of carrying a child and giving birth.

"She will always be known for the love she had for her family," Herwehe said about Michelle. She described her as funny and sarcastic, a person who "always had you laughing."

Michelle is survived by her husband Chris and their two young children, Gage and Monroe.

This story was reported on from Los Angeles.