HANFORD, Calif. - An off-duty California police officer was killed Saturday night when authorities said he attempted to deescalate an argument between a government employee and his girlfriend at a birthday party in east Hanford before it turned deadly. 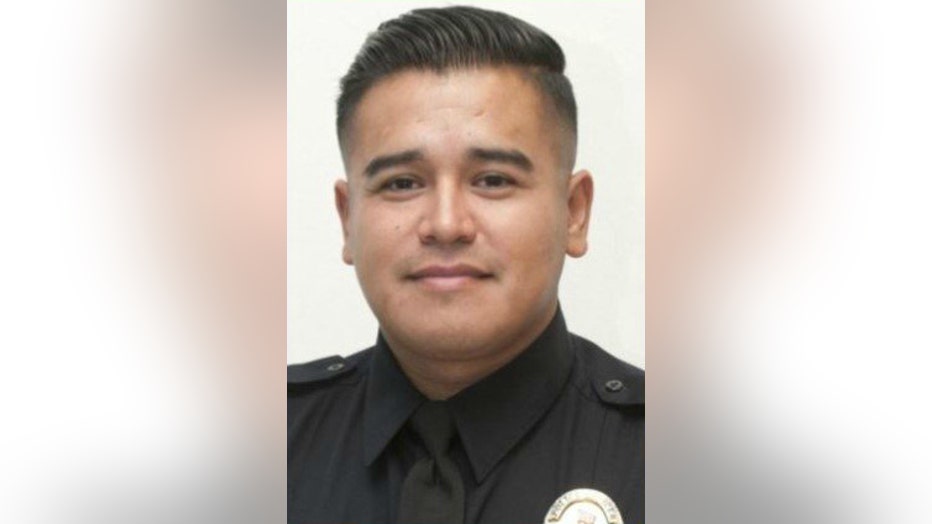 Investigators say the shooting occurred around 9 p.m. at the party for Trevino Sr. in the community about 33 miles south of Fresno.

Authorities said Trevino Jr. worked as a Kings County welfare fraud investigator and that Diaz was his friend and in attendance at the party at the time of the shooting.

KFSN reported that Trevino Jr. got in a violent argument with his girlfriend when Diaz and Trevino Sr. stepped in to get the woman to safety.

"It appeared the two victims were really trying to stop what was occurring," said Kings County Sheriff Dave Robinson in a press conference Sunday.

After removing the girlfriend from the home, Diaz and Trevino Sr. encountered Trevino Jr., who had armed himself with multiple firearms.

When they tried to diffuse the situation, Trevino Jr. opened fire, killing Diaz at the scene and critically injuring his father before he took his own life, Robinson said.