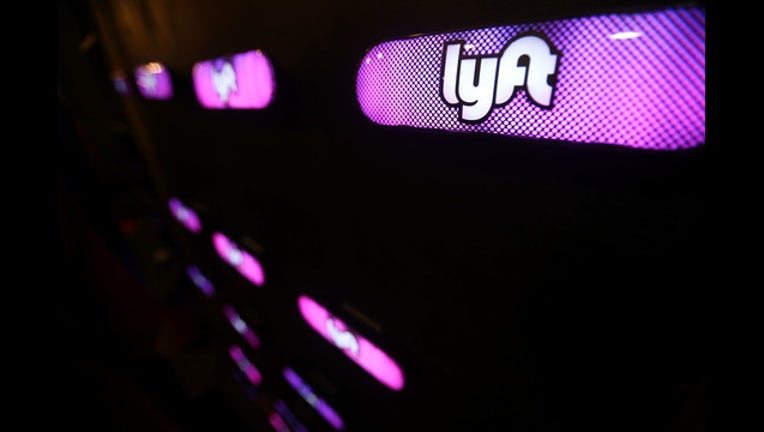 SACRAMENTO, Calif. - A ballot initiative backed by business giants Uber, Lyft and DoorDash is now set to go before California voters in November, a multimillion-dollar shot aimed at excluding the companies from a law that would make them give more benefits and wage protections to their drivers.

California approved the labor law last year, the strictest in the country around when employers can classify workers as independent contractors. It's aimed at pushing businesses to put more freelancers and independent workers on payroll, ensuring access to benefits and minimum wages. Praised by labor groups, the sweeping law set off lawsuits from independent contractors like truck drivers and freelance writers who say it puts them out of work.

Titans of the so-called gig economy like Uber are mounting the fiercest resistance. Joined with ride-hailing rival Lyft and food-delivery service DoorDash, they want California voters in November to essentially exempt app-based drivers from the law's restrictions. All three committed to spend at least $30 million each promoting the measure, surely making it one of California's most expensive ballot fights.

California's secretary of state announced late on Friday the measure became eligible for the ballot after collecting over 623,000 signatures.

If the companies are successful in California, it could set a national precedent.

The companies want the power to keep their workers independent, proposing as part of the ballot measure a new law that would give drivers who work at least 25 hours a week full health coverage and benefits if they are injured on the job. Drivers would be able to work across any app and earn a base of 120% of minimum wage plus more based on miles driven.

California upped the stakes over the fight when it sued Uber and Lyft in early May for allegedly misclassifying its drivers as independent contractors under the law. The coalition leading the ballot initiative, Protect App-Based Drivers & Services, claims to represent 60,000 drivers and said the lawsuit would lead to job losses during the pandemic-induced recession.

Labor organizations have vowed to fight the initiative since it began collecting signatures this year, but campaigning will be uncertain due to the coronavirus outbreak derailing traditional canvassing efforts. Campaigners said in late February they had already collected over a million signatures to qualify the initiative, much more than required.

“It's a power grab by Uber and Lyft to essentially write a law that exempts them from basic worker protections,” said Steve Smith, a spokesman for the California Labor Federation, which plans to replace door knocking with more phone calls and texts to voters in opposition. “It's going to be a bit of a battle royale."

Stacey Wells, a spokeswoman for the ballot campaign, said the proposal is a “win-win for drivers."

She said 80% of the million or so drivers in California work for apps for fewer than 20 hours a week. The new benefits will be a draw for drivers, she said, “versus a rigid employment model that's going to prevent them from working on multiple apps with a set schedule.”

Critics also accuse the law of unfairly targeting some industries. Freelancer groups for journalists and photographers earlier this year unsuccessfully argued the law cannot exempt some writers from the its rules while it holds freelance news journalists to a stricter standard. They are appealing a federal judge's dismissal of the case.