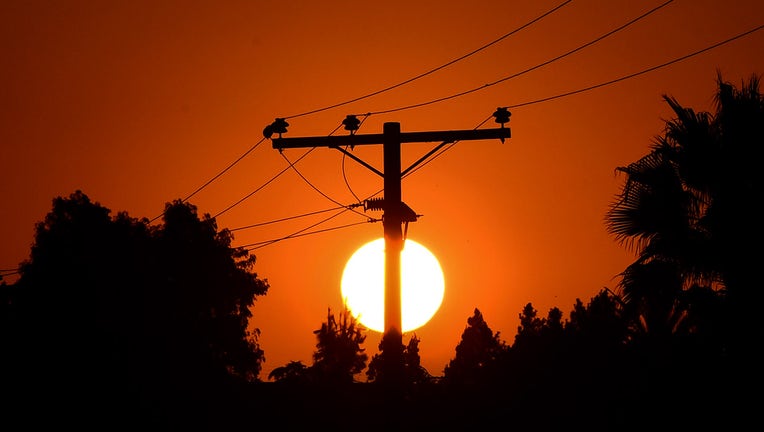 The sun sets behind power lines in Los Angeles, California on September 3, 2020, ahead of a heatwave to arrive September 4 through the Labour Day weekend prompting a statewide flex alert. (Photo by Frederic J. BROWN / AFP) (Photo by FREDERIC J. BROWN

OAKLAND, Calif. - Citing hot weather as the reason, California's grid operator has extended a statewide flex alert for a second day on Thursday.

California Independent System Operator is once again asking consumers to voluntarily conserve energy from the hours of 4 p.m. to 9 p.m. A flex alert had already been called for the same hours and is in effect on Wednesday.

Citing hot weather as the reason, California's grid operator has extended a statewide flex alert for a second day on Thursday.

The above-normal temperatures are expected to put a strain on the power grid.

Inland parts of the Bay Area have reached triple digits for the past few days. Cal ISO says use of air conditioning is the primary trigger of these flex alerts.

Consumers are advised to set their thermostats to 78 degrees or higher and avoid use of major appliances during the hours of the flex alert.