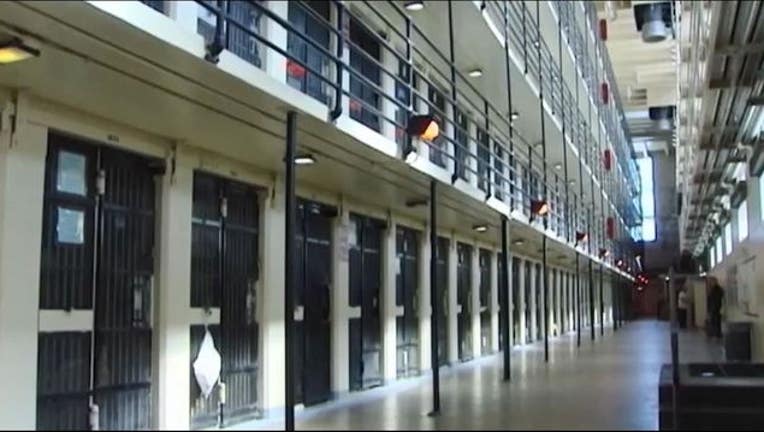 SACRAMENTO, Calif. (AP) -- California is seeing a historic drop in arrests that still leaves blacks far more likely to wind up in handcuffs, particularly in San Francisco Bay Area counties, according to a report released Monday by the nonpartisan Public Policy Institute of California.

The arrest rate statewide dropped nearly 60 percent since its peak in 1989. Three-fourths of the long-term drop involves misdemeanors, particularly for traffic and alcohol-related violations. Felony arrests for property and drug offenses fell substantially by 2016, the most recent year data were available, after voters lowered criminal penalties in 2014.%INLINE%

Yet African-Americans remain three times more likely to be arrested than whites statewide, even though blacks saw the biggest decline in arrest rates since the peak 30 years ago.%INLINE%

Those racial disparities "are prevalent in the vast majority of California counties," researchers reported, though they have not yet studied factors contributing to the trends. Blacks were arrested at least twice as often as whites in 45 of the 49 counties included in the report; at least three times as frequently 33 counties; and at least five times as often in 13 counties.

For instance, police could be concentrating on high-crime areas that also have a high minority concentration even in the relatively affluent coastal counties, he said

High arrest rates in small counties, especially those with small African-American populations, can be skewed by a small number of arrests, Lofstrom said. But the disparity is notably high in the Bay Area and to a lesser extent in large urban Southern California counties.

Black arrest rates in San Mateo County were nine times that for whites, and nearly eight times that in neighboring San Francisco. The rate was more than six times as high in Marin County, more than five times higher in Santa Clara County and four times higher than in Alameda County. San Mateo, Santa Clara and Marin counties also had an arrest rate for Latinos at least twice as high as for whites.

Spokesmen for law enforcement agencies in each Bay Area county did not immediately comment.

Alameda County Sheriff's Sgt. J.D. Nelson noted that the crime rates are given county-wide: "One agency could arrest a lot of people and skew the statistics."

The black arrest rate is lower but still nearly four times that of whites in Los Angeles, Orange and San Diego counties.

The disclosure comes amid a continuing national debate over the slayings of black and Latino men by police and efforts to train police to disregard any inherent bias.

"We're always the target, we're easy prey," said Alice Huffman, president of the NAACP state office in California. "They make their quotas on the backs of minority people."

"Broadly, the trend of declining arrest rates aligns with falling crime rates over the past few decades," Lofstrom wrote.

The report also cites sweeping changes in the criminal justice system from the get-tough era of the 1980s and 1990s to recent efforts to ease mass incarceration of juveniles and adults.

Two-thirds of arrests in 2016 were of those ages 18 to 39, but the long-term overall drop in arrest rates is largely due to declines among juveniles and young adults. Arrests of women increased to about a quarter from 14 percent in the early 1980s.