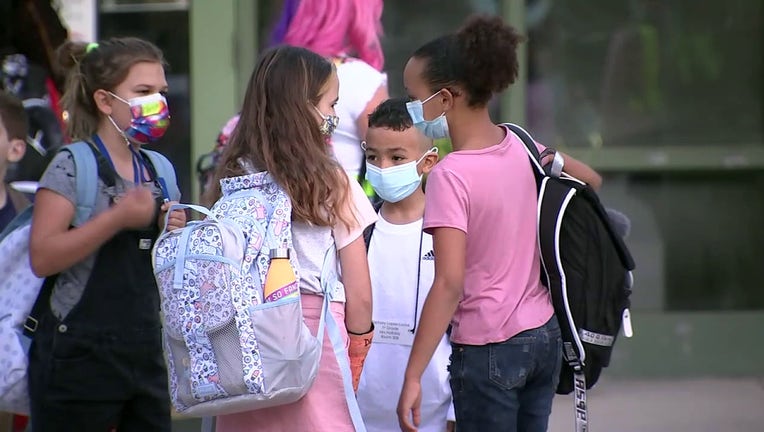 Kids wear masks as they return to school in Hillsborough County in August of 2021.

A report out of Chicago last week about a judge ordering a mother to temporarily lose custody of her son for refusing to get the COVID-19  vaccine — and then reversing his decision — has some parents questioning the possibility of such a ruling.

Rebecca Firlit told FOX 32 Chicago last week that Cook County Judge James Shapiro revoked all of her parenting time with her son until she gets vaccinated.

"He was placing his views on me. And taking my son away from me," Firlit said of Shapiro.

Firlit, who has reportedly been divorced for seven years and shares custody of her son with her ex-husband, said she does not want to get the vaccine due to previous adverse reactions to vaccines, according to FOX 32.

Shapiro, however, reversed his decision on Monday after it gained traction in the media, leaving some parents wondering whether it is possible for parents to lose custody of their children if they refuse to get the vaccine.

RELATED: Judge strips mother of parental rights because she is not vaccinated

Fox News spoke to several family law attorneys who agree that if a child is immunocompromised, a judge presiding over a custody battle may order a parent to get vaccinated if the issue is properly presented at court. 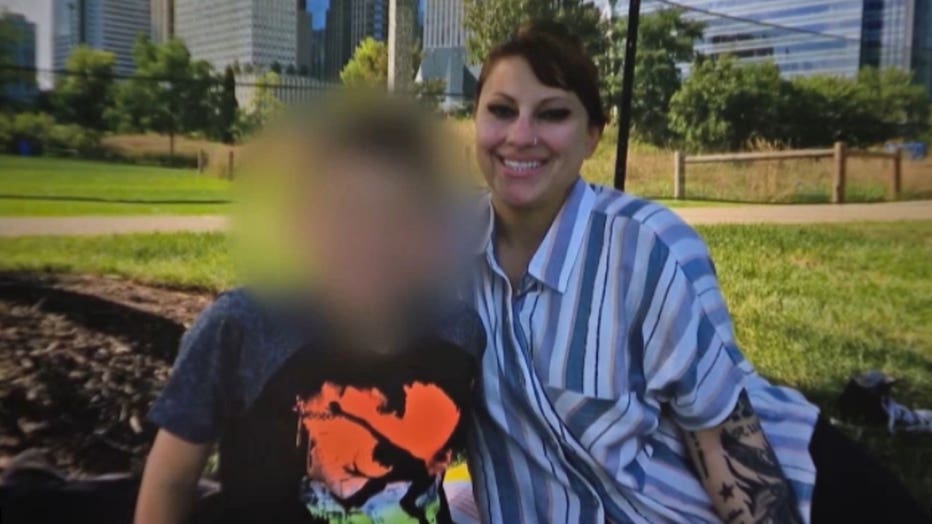 Joryn Jenkins, a family lawyer in private practice at Open Palm Law in Florida, pointed to three reasons a judge may require parents to receive a COVID-19 vaccine in divorce court: first, a parent would have to properly bring the issue before the court; second, the child may have pre-existing conditions that would put him or her at risk of getting a severe COVID-19 infection if living with unvaccinated parents; third, the court acts in the best interest of the child, and if requiring parents to get vaccinated is in the child's best interest, a judge may order parents to get the shot.

Still, Jenkins described Shapiro as a "maverick" in his decision because the subject of the vaccine was not brought to the court by either Firlit or her ex-husband.

Morghan Richardson, a matrimonial law partner at Davidoff Hutcher & Citron, also noted that Firlit said she was reactive to vaccines and had a medical reason not to get the vaccine.

She mentioned a case in New Jersey in last August in which two parents fought over whether their child should get vaccinated, and the court ultimately decided that the mother was not credible in her argument against her son getting vaccinated, and the judge determined that it was in the best interest of the child to get vaccinated based on the father's reasoning, so he did.

Assuming no laws are in place requiring either the parents or child to get the vaccine, the judge then determines what arguments parents have either for or against getting the shot. The judge may ask whether the parents or child are immunocompromised, whether the child attends public school and sees "lots of other kids," whether the child has siblings or if those siblings are immunocompromised, whether parents are reactive to vaccines and so on, Jenkins explained.

"So the judge is going to look at all of the reasons, the rationales, and then he's going to make a judgment call," she said. "You know, there's all kinds of arguments that when parents really hate each other, they will come up with the nastiest arguments and judges have to make those decisions."

"I would say it's unconstitutional, truthfully, but I just think that's why the trial courts are not really going to get into their constitutionality issues associated with it," Collar said of requiring parents to get vaccinated. "Then you have these public policy considerations, and I just don't think the trial courts are going to get involved unless the child is being somehow subjected unnecessarily to risk associated with a parent being unvaccinated or vaccinated. You know, now we have the breakthrough covid cases. And so if that type of fatal situation is created, then I could see how a court may step in and modify custody, at least temporarily, just to protect the child."

Collar echoed Jenkin's sentiment that judges make custody rulings with one basic standard in mind: serving the best interests of the child.

He added that a judge may consider requiring a parent to get vaccinated if "they're exposing their child to a situation that puts the child at risk for contracting COVID," especially if infection presents "a medical risk for a child."

Richardson believes courts will "absolutely" see the COVID-19 vaccine "create situations where one parent refuses to allow the vaccine" once it is approved for children under 12. Those parents, she said, "will most likely lose that fight."

"This has happened with respect to other vaccinations," she explained. "Most courts are following the advancement of science and the protection of public health. Unless there is a compelling reason not to get a child vaccinated, the fight ends with a shot."

"What was so unusual about the case with Judge Shapiro was the court ordered the mother to be vaccinated or not see her child. This is different because in other cases the child is the recipient of the vaccine, not the parents," Richardson said. "But parental behavior can be examined in determining what's best for the kids in a custody case. Clearly, not exposing the kids to potential viruses would be best. But also eating organic food or exercising is best. So where do we draw the line?"

Richardson, like Jenkins and Collar, agreed that in cases involving a child with health issues that may put them at risk of a more severe COVID-19 infection, "it would be much more reasonable to expect the parents and those around the child to be vaccinated."

The FDA is seeking to expand emergency approval of Pfizer’s COVID-19 vaccine to younger children ages 8 and up by September, sources told Fox News in August. The vaccine is currently eligible for children as young as 12, and trials are underway in younger age groups.

Get updates at FOX News.com