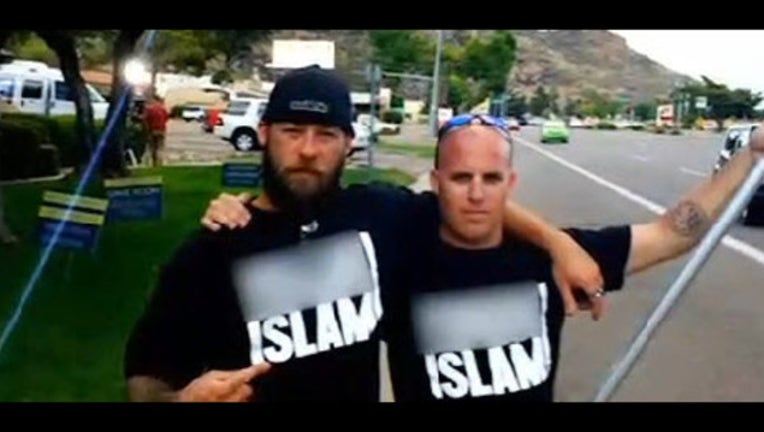 PHOENIX (KSAZ) -- Photos show Jason Leger with the organizer of the rally, both of them wore profanity-laced t-shirts. Now things have changed.

"Out of respect for the Islamic people, knowing what I know now, because I have talked to them and spoke to them, no I would not do that again, just because I don't want to offend or hurt those people," he said.

While at Friday's vigil, Leger spoke with a group of people who pray at the mosque, they invited him inside.

"When I took a second to actually sit down and listen to them, and actually enter their mosque, and go in and watch some of their prayers, it is a beautiful thing, and they answered some of the questions that I had," said Jason Leger.

Leger attended the rally with his uncle, for them going was more about free speech than religion.

Leger and his uncle have been invited back to the mosque for more discussions, this time the t-shirt will stay at home.

"I made my point, the point was that even the most vile speech is protected under the first amendment, that was the point I was trying to make," said Paul Griffith.