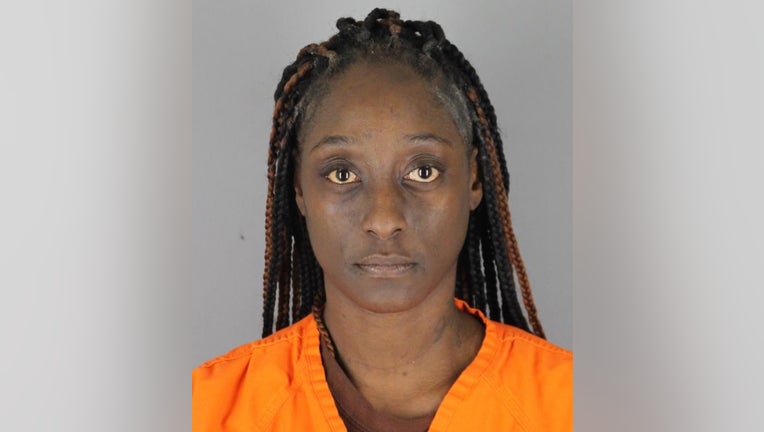 Darnika Floyd has been charged in connection with a 2018 murder in Minneapolis. (Hennepin County Jail)

MINNEAPOLIS (FOX 9) - A 33-year-old woman has been charged with murder in connection to a fatal stabbing in northeast Minneapolis in 2018.

Darnika Denise Floyd of Minneapolis is charged with second-degree murder. She faces up to 40 years in prison. In a hearing on Friday, a judge set bail at $1 million.

Minneapolis police began investigating the suspicious death on November 27, 2018. Around noon, police responded to a home in the 2600 block of Grand Street Northeast, where a man's body had been found. At the time, few additional details were released.

According to the charges, the body appeared to be deceased for several days. An autopsy later revealed the man died from a stab wound to his heart and that the manner of death was homicide.

Inside the home, the man's surveillance cameras had been removed and the system's hard drive was gone. His PlayStation was also found shattered on the floor. Officers noticed blood throughout the home, including an area high up on a wall where a surveillance camera had been.

Forensic testing showed Floyd's DNA was on a tissue used to wipe up the man's blood. Her DNA was also recovered from underneath his fingernails. Officials also found Floyd's fingerprint on an internal piece of the broken PlayStation. The piece with the fingerprint would have been impossible to touch until after it was shattered. Cell phone data showed Floyd stayed at the home until about 7:44 a.m. on November 25.

Family members told police Floyd had episodes of jealous rage and one time even threatened to kill the man and his family. Upon learning of his death, relatives told police they suspected Floyd.

Police spoke with Floyd multiple times as part of the investigation. In the first interview she claimed there were no negative interactions and that both she and the other woman left because the man didn't want anyone to stay the night. However, in a police interview on Jan. 22 of this year, Floyd changed her story. She claimed she kicked the other woman out of the home and then the man later made her leave. She denied cleaning up blood and claimed she never touched the PlayStation.

When the police confronted her with the DNA  and fingerprint evidence, she continued to deny touching anything. When they asked her about the cell phone video, which showed she was at the home longer than she said, she claimed she was being set up or that the man had died by suicide. Following the interview, police arrested Floyd.

Floyd is in custody at Hennepin County Jail.