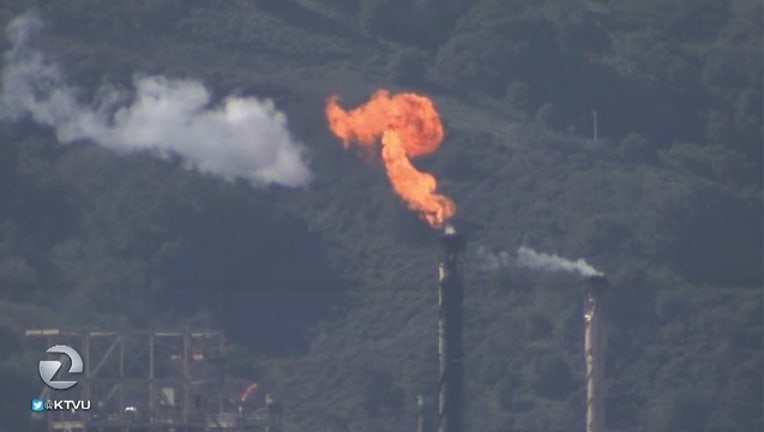 RICHMOND (BCN) Chevron USA Inc. will pay a $170,000 settlement to settle air quality violations at its Richmond refinery between 2014 and 2015, according to the Bay Area Air Quality Management District.

The air district issued 25 violations, saying the Chevron Richmond refinery had flaring events that exceeded hydrogen sulfide limits, failed to take samples during flaring events, had a public nuisance violation for odors and failed to properly monitor for hydrocarbon leaks at cooling towers.

All of the violations have since been corrected, according to the air district.

The funds will be used to fund air district activities such as inspection and enforcement activities, district officials said.

"Chevron takes these matters seriously and has taken preventative measures to avoid similar situations from occurring in the future even though the incidents settled did not result in any significant impacts to people or the environment," Chevron spokeswoman Leah Casey said in a statement.