Footage of the incident shows at least two shooters opening fire on a minivan parked at Searles Elementary School, killing the two boys inside— only identified as Sean and Kevin, in the barrage of bullets.

"Like four, five bangs. And it was super loud that you could hear it echo in the sky," Norman recalled.

In the video, after gunfire erupts, the minivan tries to flee but crashes into a tree in the parking lot.

A memorial sits outside the school, honoring  Kevin,11, and Sean, 14. 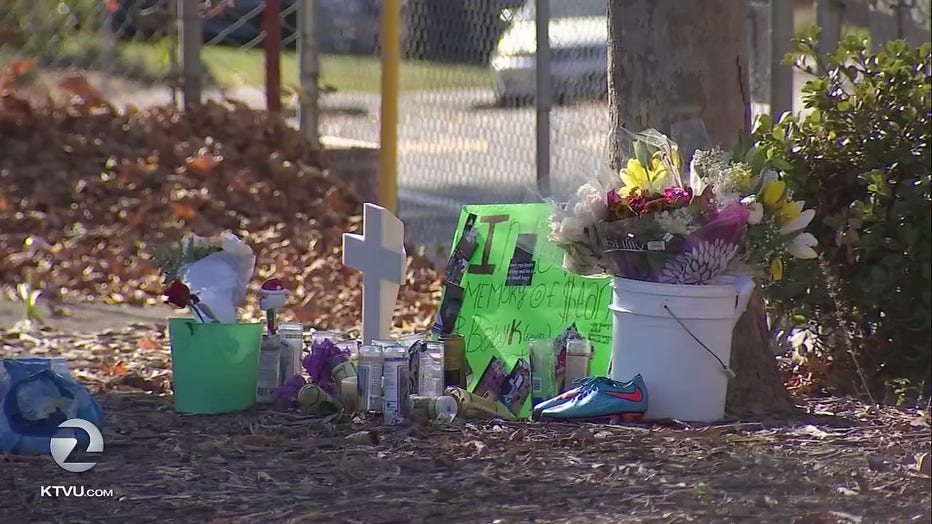 Chilling new video shows that at least two shooters opened fire on a minivan with two boys, ages 11 and 14, inside.

"It was really shocking knowing that they were just that young," Norman said. "Not even an adult yet, was really saddening."

Union City Mayor Carol Dutra-Vernaci spoke out about the tragedy and said, "We are heartbroken and outraged that the lives of and 11 and 14-year-old were taken away from their friends and their family."

Union City Police Lieutenant Steve Mendez said, "We have no idea if in fact they were targeted or if they were there to meet somebody"

Police said a motive is unclear and investigators are trying to build a timeline leading up to the shooting.

"We don't know how long these two juveniles were together. What they had been doing through the day and what led them to that actual parking lot," Mendez added.

Some people question why the two boys were out in the middle of the night.