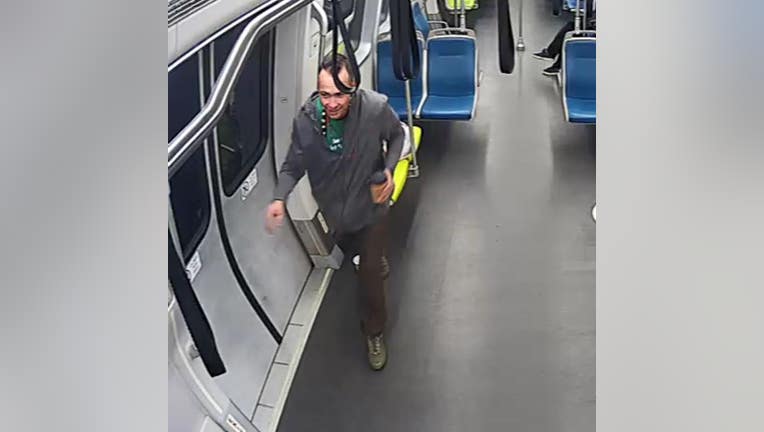 BART police release photos of an assault suspect wanted for an attack involving a chain.

Earlier in the day, BART police released surveillance-camera images of the suspect who was being sought by police. They updated their Twitter account at 8:25 p.m. to say the man was in custody.

Police say the suspect allegedly attacked another passenger with a chain on a Daly City-bound train near Lake Merritt Station on Tuesday Feb. 11.

The attack happened at 6:09 p.m. after the suspect boarded the train at Coliseum Station and began speaking with a woman who was already onboard.

Nothing was stolen from the victims.

The victim was transported to a local hospital and treated and released for non-life threatening injuries.

BART police release photos of an assault suspect wanted for an attack involving a chain.