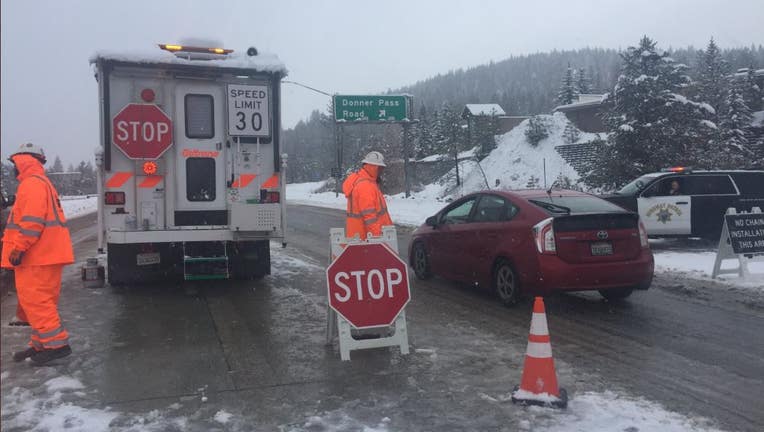 Traffic on I-80 is being turned at Alta and Truckee to clear the roads of collisions and keep traffic from backing up further.

RENO, Nev. (AP) - Some lanes on a highway over the Sierra Nevada is moving again, but a 40-mile stretch is still closed north of Lake Tahoe because of a powerful snowstorm.

Westbound traffic is still being held at Truckee, California, about 20 miles west of the California-Nevada line. Authorities don’t have an estimate of when those lanes will reopen.

The Lake Tahoe area is under a winter storm warning through Thanksgiving.

The National Weather Service says winds gusting up to 85 mph could create blizzard conditions Tuesday night into Wednesday morning with up to 2 feet of snow possible at elevations above 7,000 feet.