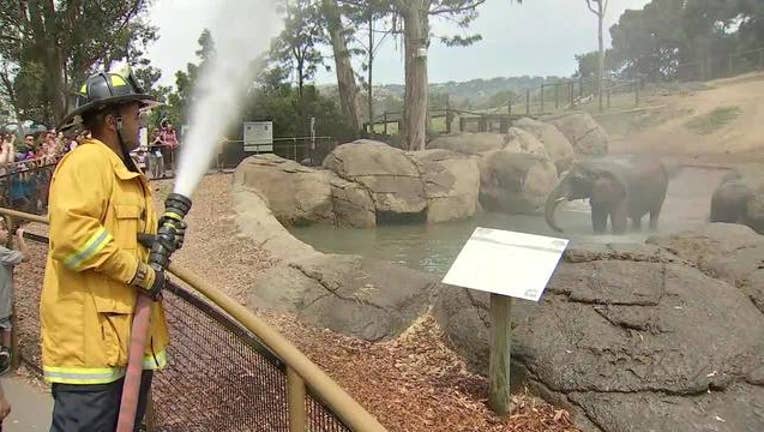 OAKLAND (BCN) The Oakland City Council has voted unanimously to approve a new contract for the city's firefighters that resolves a 14-month-long contract dispute, the city said on Thursday.

Oakland officials said an arbitrator helped the city and the International Association of Firefighters Local 55 reach a labor agreement that provides for fair wage increases and predictable and guaranteed medical benefits for retirees.

The city said the agreement, which was approved by the City Council on Tuesday, is consistent with the new police contract the council approved in November 2018.%INLINE%

Oakland officials said the wage increase, which is funded within the existing city budget, is consistent with the increases provided to civilian employees through the labor agreements ratified by the city's four civilian employee labor groups a year ago, as well as with the recently-approved police union contract, which provides an average raise of 2.5 percent per year over the five-year agreement.

The city said the new firefighters contract will cap the amount the it contributes for retiree health care benefits for active employees and current retirees, and aligns new hires' benefits with the its civilian
employees.

Oakland officials said the retiree medical caps represent significant relief to the city in beginning to address the growing and unfunded liabilities associated with providing health care to employees after
they retire.

They said the changes to retiree health benefits contained in the two public safety labor agreements are projected to reduce the unfunded liability by $79 million in the new contract with Local 55 and by $96 million in the new police contract for a total reduction of $175 million.

City Administrator Sabrina Landreth said in a statement, "We appreciate the Oakland Police Officers Association for being the first employee union to step forward and partner with the city to address Oakland's long-term financial stability."

Landreth said, "And I am grateful that this new contract with our firefighters marks additional progress towards our goal of securing long-term health benefits for employees, and offering a fair wage increase that is within the existing budget, while also ensuring that we can deliver critical services to our community into the future."