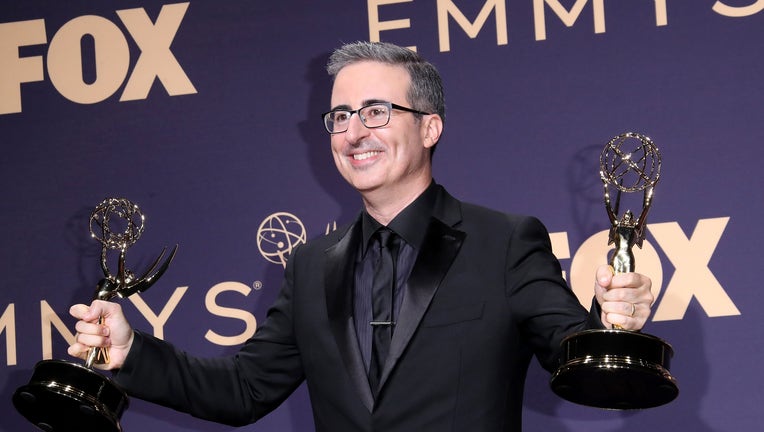 DANBURY, Conn. - A Connecticut city won't waste an opportunity to get a sizeable donation from comedian John Oliver about a weeks-long joke pertaining to the name of a sewage plant in the area.

Danbury Mayor Mark Boughton said on WTNH-TV that he would accept Oliver’s challenge to name the city’s sewage plant after him following Oliver's offer to donate $55,000 to local charities.

But Boughton said there was one stipulation to the facility's renaming. “We do have one very specific condition. You must come here to Danbury and be physically present when we cut the ribbon," he said in a Facebook video posted Sunday.

The announcement was the latest volley in a war of words between the host of HBO’s “Last Week Tonight with John Oliver” and Boughton after Oliver first bashed Danbury on an Aug. 16 during a segment on racial disparities in jury selection that was actually focused on other areas of Connecticut.

“If you’re going to forget a town in Connecticut, why not forget Danbury?” Oliver said. He finished his rant with a taunt: “If you’re from there, you have a standing invite to come get a thrashing from John Oliver -- children included.”

Boughton followed up with an Aug. 22 Facebook post that showed the mayor in front of the city's sewage plant. “We are going to rename it the John Oliver Memorial Sewer Plant,” the Republican mayor said. “Why? Because it’s full of crap just like you, John.”

Oliver raised the stakes on his Aug. 30 show by offering to donate $55,000 to Danbury-area charities if officials followed through on naming the plant after him.

The comedian played a video of Boughton saying the offer was a joke and said, “Wait, so you’re not doing it?” Oliver said he hadn't known that he wanted his name on the sewage plant "but now that you floated it as an option, it is all that I want.”

A message seeking comment on Boughton's demand that Oliver attend the ribbon-cutting was sent to Oliver's manager.

It was unclear why Oliver first singled out Danbury, a city of about 80,000 in Fairfield County that was once a hatmaking center.