The daughter of former White House aide Kellyanne Conway says she has tested positive for coronavirus.

Fifteen-year-old Claudia Conway announced on TikTok that she had contracted the virus on Oct. 2, minutes before her mother announced her own positive test and hours after President Donald Trump announced, he too, was infected, the New York Post reported.

Her mother had attended a Sept. 26 event in the Rose Garden, which is believed to have been where the virus likely began spreading throughout the Trump administration.

Two other Republican Senators, North Carolina's  Thom Tillis and Wisconsin's Ron Johnson, have also tested positive. Neither of their cases are attributed to the Rose Garden event, FOX News reported. 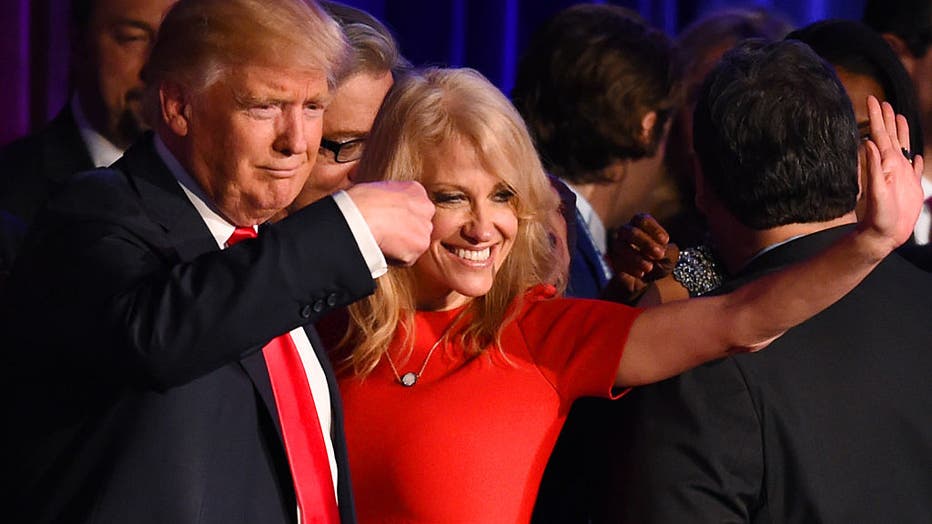 Donald Trump flanked by campaign manager Kellyanne Conway waves to supporters following an address during election night at the New York Hilton Midtown in New York on Nov. 9, 2016. (Photo credit: TIMOTHY A. CLARY/AFP via Getty Images)Trump won the US

After announcing her diagnosis, Kellyanne Conway said her symptoms were mild and that she had a light cough.

"I'm feeling fine. I have begun a quarantine process in consultation with physicians," she said.

Kellyanne Conway's Friday message left unclear whether her husband and children had tested positive for the virus. Her 15-year-old daughter, Claudia, appeared to break the news of her mother's positive diagnosis on TikTok.

Trump, meanwhile, was transported to Walter Reed Medical Center in Maryland on Friday as a “precautionary measure” after he began to exhibit symptoms of COVID-19, according to the White House. Trump said in a tweet that he’ll be released from the medical facility on Monday at 6:30 p.m. ET.

Conway, 53, announced in late August that she would be leaving the White House at the end of the month. The move followed media reports about online posts by at least one of her four children with her husband, attorney George Conway.