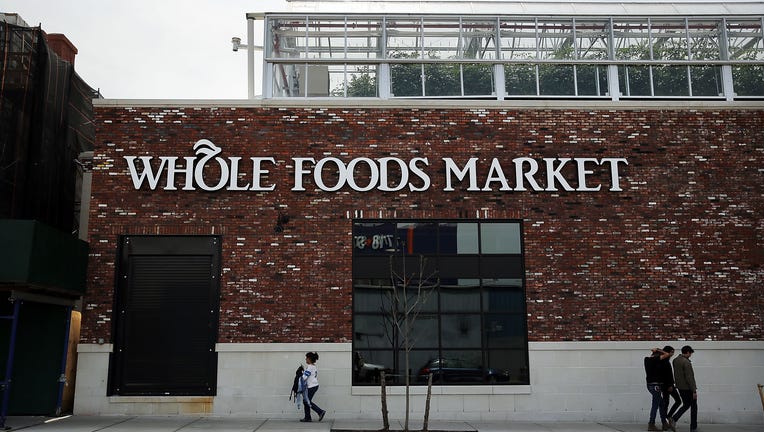 Last year, Consumer Reports tested samples of Starkey Spring Water, in which they said they found levels of arsenic that “approached or exceeded the federal limit.”

The samples that Consumer Reports tested ranged from 9.48 to 9.86 ppb (or parts per billion)

According to the Environmental Protection Agency (EPA), the arsenic standard for drinking water is currently set at 10 ppb (or 0.010 parts per billion).

A 16.9 ounce bottle of Starkey Spring Water can currently be purchased on Amazon for $1.99 per bottle.

The EPA says that arsenic is an odorless and tasteless semi-metal element that can enter drinking water supplies from natural deposits or from agricultural and industrial practices.

Whole Foods first introduced Starkey Spring Water in 2015, but a year later the product was recalled by the company after tests conducted by Florida's bottled water regulator showed that Starkey Spring Water tested above the federal threshold at  11.7 ppb of arsenic, according to Consumer Reports.

A report from the FDA requested that Whole Foods respond to the testing resulting in the company recalling over 2,000 cases of the bottled drinking water in In late 2016 and early 2017. James Dickerson, Ph.D., Consumer Reports’ chief scientific officer, said that while drinking a single bottle of Starkey won’t typically harm you, regular consumption is not advised.

“Regular consumption of even small amounts of the heavy metal over extended periods increases the risk of cardiovascular disease, certain cancers, and lower IQ scores in children, and poses other health issues as well,” said Dickerson.

A Whole Foods spokesperson responded to the recent testing by assuring consumers that the drinking water is safe for its customers.

“At Starkey Water, our highest priority is to provide customers with safe, high-quality and refreshing spring water. Beyond the required annual testing by an FDA certified lab, we have an accredited third-party lab test every production run of water before it is sold. These products meet all FDA requirements and are fully compliant with FDA standards for heavy metals,” the spokesperson said.

A spokesperson for the FDA told Consumer Reports that Starkey Spring Water meets the agency’s standard for the heavy metal and argued that “it is not possible to remove arsenic entirely from the environment or food supply.”

According to Consumer Reports, the FDA has not updated its bottled water standard for arsenic in 15 years despite urging from Consumer Reports to lower the federal limit of arsenic from 10 ppb to 3 ppb, a level that Brian Ronholm, Consumer Reports’ director of food policy and former head of the Department of Agriculture’s Food Safety and Inspection Service says “most clearly protects public health, especially for children.