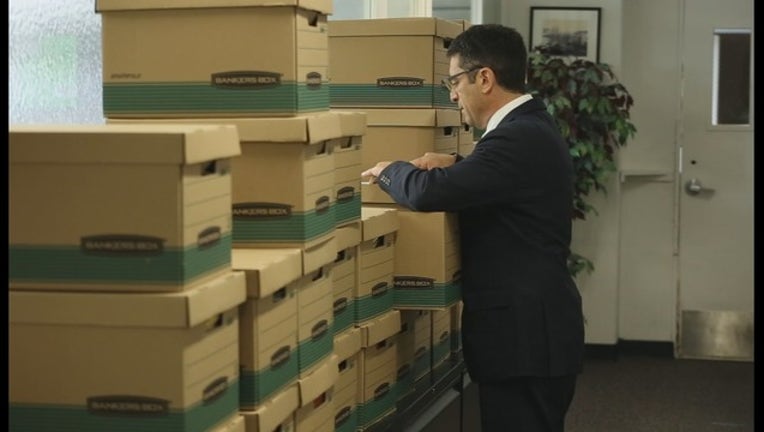 Santa Clara County Assistant District Attorney David Angel reviews some of the 4,000 files that will be reviewed for past errors.

SAN JOSE, Calif. - While conviction integrity units are not new, David Angel, the head of Santa Clara’s unit admits many in the community don’t even know they exist.

The registry provides detailed information about every known exoneration in the United States since 1989—cases in which a person was wrongly convicted of a crime and later cleared of all the charges based on new evidence.

“Conviction Integrity Units are a positive development, but they are not a panacea,” according to a 2016 report from the registry. “Prosecutors who take on the task of reviewing convictions obtained by their own colleagues and predecessors may find it difficult to be objective and thorough. Particular units have been criticized as mere window dressing, or public relations ploys. These criticisms may be fair when a prosecutor’s office benefits from the positive publicity it gets from announcing the creation of a unit that ultimately produces no exonerations and is difficult even to access.”

The most recent data from the registry shows that the 33 units in the country (founded at different times over the last 14 years) have been responsible for a total of 272 exonerations. About one third of them, however, have never been involved in an exoneration.

There are a number of reasons why.

“Some have devoted more resources to the work than others, and work actively with defense counsel to find and reinvestigate potential wrongful convictions,” said Barbara O'Brien, an editor with the National Registry of Exonerations. “Others are less committed and may be reluctant to reinvestigate cases where there are allegations of misconduct by the police or prosecutors who worked on the case originally,’’ Santa Clara’s unit has worked on five cases where the defendant was later exonerated.
Comparing Santa Clara’s success to other counties of similar size is difficult because the units were established at different times, O’Brien said.

But for Angel, the success of the unit means working to protect public safety and the integrity of the district attorney’s office and its reputation within the community.

“We have really worked hard to cultivate an atmosphere that if you make good faith mistakes, and you acknowledge them, that’s an expected part of a complex professional job,’’ he said. “What we don’t want people to do is think that if they make a mistake, they have to cover it up.  If there are new facts that come to light that change what your perception of the truth is, you have to act on that.”