During his briefing on the pandemic, NJ Gov. Phil Murphy highlighted the heroic work of Jersey City Officer Eduardo Matute who caught a baby dropped from a second floor balcony.

NEW JERSEY - A police officer in Jersey City is being called a hero after he caught a 1-month-old baby who was tossed from a second-floor balcony.

It happened Saturday morning on Rose Avenue. According to the Hudson County Prosecutor, a man was threatening to throw a baby from the second floor of the building.

The Jersey City Police Department set up a perimeter to negotiate with the man but he ended up throwing the baby from the balcony.

Officer Eduardo Matute reacted quickly and was able to catch the baby.

Jersey City Mayor Steve Fulop said the baby was not hurt. He shared a photo on Instagram showing Matute cradling the infant at the hospital. 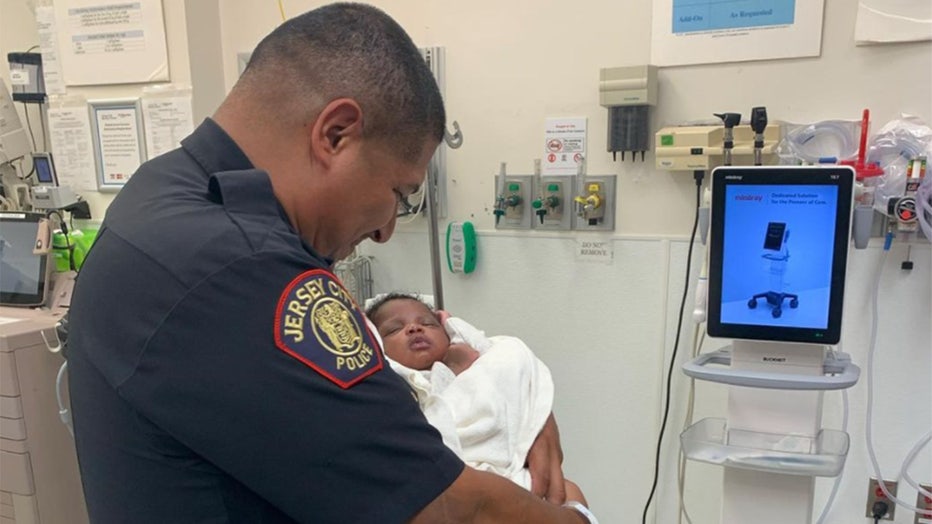 "We are lucky to have the men and woman of the JCPD, as every single day I see it firsthand they rise to meet any/all challenges," he posted with the photo.

"Kudos to the JCPD and all the officers involved for their heroics and for bringing a safe conclusion to this dangerous situation," Hudson County Prosecutor Esther Suarez said in a statement.  "Thank you, Officers!" she added.

The man, who was not identified, faces several charges, including attempted murder.