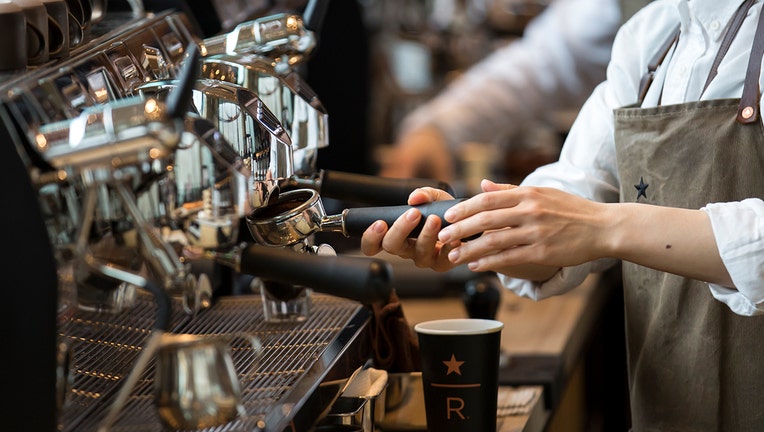 SAN FRANCISCO - When word of local coronavirus cases hit the Bay Area, some people stopped patronizing their favorite restaurants and bars, well before the mandated shelter-in-place, or general awareness about the need for social distancing. Now that Governor Gavin Newsom has ordered non-essential businesses to close, and for restaurants to only provide takeout or pick-up food, many establishments have laid off entire staffs and closed indefinitely or permanently.

Countless service employees are uncertain where to turn after losing their incomes, or what a long-term contingency plan will look like. Some interviewed mentioned applying for unemployment, but with a cap of $450 a week, that is barely enough to cover many peoples’ rent, let alone provide for a family in the Bay Area.

“It’s not that service workers are just throwing their hands up,” said Joseph Diaz, a San Francisco barista. “It’s that there’s not really opportunity.”

He said that many people he knows in the industry are relying on a government package of some kind, but that it’s scary to rely on an entity that usually is not supportive.

Restaurant owners are facing tough and unprecedented decisions. Frank LoCoco, who owns Lo Coco’s in Berkeley, said that he wants to stay open for his employees, and is now open six days a week instead of their usual five.

“Our responsibilities as a restaurant are to take care of our community, our employees and ourselves,” he said. “And so it creates this big moral dilemma of, do you stay open to the community? Do you close down? What is actually the best thing to do, and for your employees? Knowing that some of them are also really counting on you, as their main job.”

Jeremy Ward, a bartender at Chop Bar in Oakland, has been working in the service industry for 20 years, and as a bartender for 19 of them. He said that he started losing income during the past few weeks, and now it’s dwindled down to nothing since his bar is completely closed. He is the sole source of income for his family of four, and is apprehensive about paying bills and rent.

Ward started an online petition to suspend rent and mortgage payments during the coronavirus. Many other service workers have turned to the internet to demand government action, organize and support one another.

Some restaurants are asking for direct support online to pay their employees. Bartavalle in Berkeley started a virtual tip jar on Paypal.

For some service workers, applying for unemployment is not a feasible option because their income consists mostly of cash tips.

“Nobody would even think about trying to claim under the table wages,” he said.

When applying for unemployment, forms require a detailed breakdown of ones’ income. The government verifies the income with your employer, so detailing cash tips could expose both ones’ employer and oneself for unaccounted tips.

Matt Brown, who works as a caterer in San Francisco, said that his boss didn’t quite lay off the entire staff, but told everyone to file for unemployment. Diaz echoed this lack of clarity in being able to return to work.

Because Brown has no work for the foreseeable future, he is moving to his parents’ home, and renting his apartment in the Presidio out to a friend. He also said that when he stopped working, his grocery expenses increased because he was formerly able to eat every day at his job.

LoCoco said that to support employees that he knows need the income, he is trying to find other work for them to do outside of their assigned roles, as waiters for example. Employees might also be reassigned to clean, do kitchen prep work or paperwork.

Outside of income loss, service workers are also at risk of losing healthcare.

Larrilou Carumba has been a housekeeper at the Marriott Marquis in San Francisco for eight years. As a single mom of three, she is the sole source of income and provider of healthcare for her family. She previously worked full-time and overtime, and now that she is not working for the foreseeable future, she is afraid that her health insurance will be cut, since it’s only available to employees working a certain number of hours. This is not uncommon for Bay Area service jobs, and usually employees have to work at least 32 hours minimum to receive healthcare.

She said that she is working with her union, UNITE HERE Local 2, to address healthcare security and unexpected loss of wages.

“We need to protect our jobs and our families,” Carumba said.

“Most people are feeling pretty doomed,” Diaz said. “They’re going to run out of money if they keep having to pay utilities and rent.”

The sudden loss of all or most customers, paired with the high costs of running a restaurant—which typically run under thin profit margins—means that some institutions have been pushed over the brink, and are closing for good.

SFGate reported that upscale San Francsico restaurant Locanda is most likely closed for good, and many restaurants have closed without a re-opening date.

Established worker-owned restaurant collectives have closed for now. Cheeseboard in Berkeley will re-open on April 7, and Arizmendi Bakery, which has locations in Oakland, Emeryville, San Francisco and San Rafael, has closed indefinitely.

With uncertainty looming, workers could see relief in a $1 trillion relief package that the Trump Administration presented to Congress on Wednesday, which would provide $500 billion directly to taxpayers and $500 billion in loans to businesses.

“I really don't know what to do next,” Carumba said. “Because I don't know how long this is...I'm just praying that this thing that’s happening to us will end. And, that's the only thing I have right now—is my faith.”

Caroline Hart is a digital producer with KTVU. She covers food insecurity, schools, senior care issues, breaking news, and much more. She can be reached at caroline.hart@foxtv.com