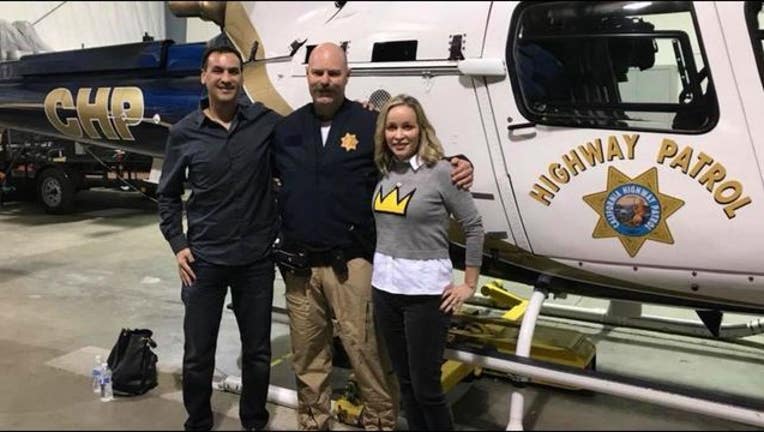 NAPA, Calif. - A Napa couple who survived the fire on Atlas Peak in October, reunited with the CHP officers who rescued them.

According to a post on CHP Golden Gate Air Operations Facebook page, Phillip Dahan and Linda Savoie were asleep when the fire broke out. They were awakened by the sound of a CHP helicopter siren overhead, telling them to evacuate. As they ran from their home, they found they were surrounded by flames. All of the roads were blocked.

The couple were advised to lay down and let the fire burn over them. They called their sons to say goodbye, convinced they would not survive as the flames rushed toward them.

Suddenly, a CHP helicopter appeared and airlifted the couple to safety.

This past weekend, Dahan and Savoi stopped by the Napa Air Operations Hangar to thank officers Gavitte and Lowe for rescuing them.