John and Allison McDonald of England won a $2.6 million lottery and their teenage son was given the all-clear from his battle with non-Hodgkin's lymphoma.

STOCKTON-ON-TEES, England - A couple in England is celebrating their “lifelong dreams” coming true after winning the lottery just days before their teenage son was declared cancer-free.

John and Allison McDonald, of Stockton-on-Tees in County Durham, England, won a £2 million lotto jackpot ($2.6 million USD) in one of the last draws of 2019, according to the UK’s National Lottery.

John, 62, checked his ticket while at work as a security officer on Dec. 18 and thought he’d matched just two numbers. He then noticed three and “was over the moon,” according to a press release.

After realizing he had actually matched all six numbers, “the leg trembles began” and he called to confirm the win.

Just three days later, the couple received even better news that their 15-year-old son, Ewan, had been given the all-clear from his battle with non-Hodgkin's lymphoma. Ewan had been receiving chemotherapy treatment for the past year, according to the National Lottery. 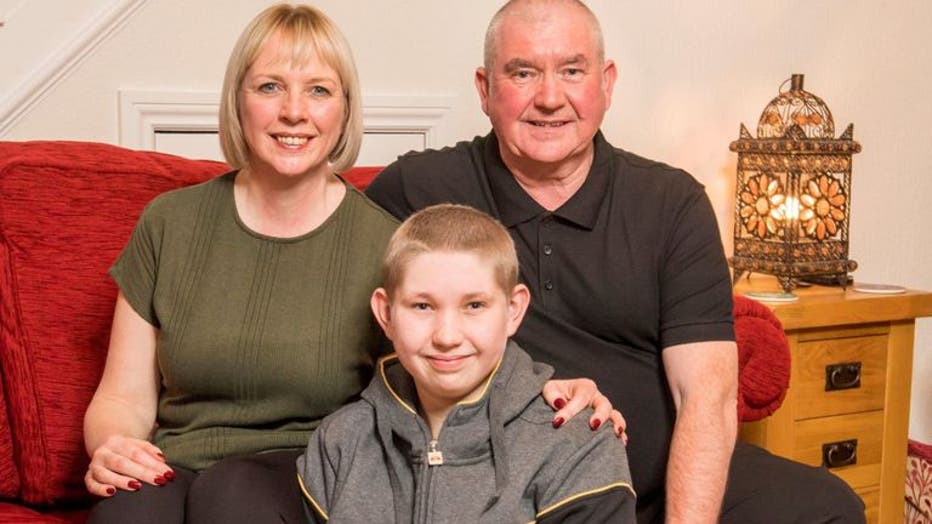 Allison, John and Ewan McDonald are pictured in a provided image. (Photo credit: The National Lottery)

John frequently worked 70-hour weeks, while Allison, 49, worked in the optician field. The couple have since both handed in their notices at work, BBC News reported.

"It is just like all of our lifelong dreams came true in the space of three days," John told BBC News.

"What a start to 2020. Everyone always dreams of winning the lottery at Christmas and talks about how amazing this would be, but Allison and I never believed it would happen to us — and it has," John continued. "And then to receive news that Ewan's latest scans are all clear is just truly amazing. We are so thankful."

John and Allison are now starting to plan for their retirement and family time, both at home and abroad, according to the National Lottery.