RICHMOND, VA. - Officials in Lynchburg, Virginia, said Tuesday they were fielding complaints about the hundreds of students who have returned from their spring break to Liberty University, where President Jerry Falwell Jr. has welcomed them back amid the coronavirus pandemic. 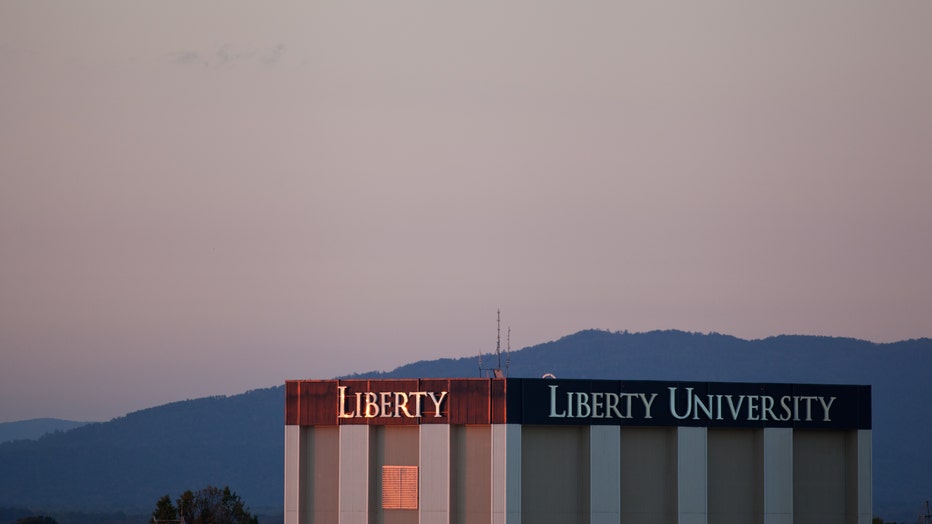 “We could not be more disappointed in the action that Jerry took in telling students they could come back and take their online classes on campus,” Lynchburg City Manager Bonnie Svrcek told The Associated Press.

As many colleges across the country began announcing campus closures earlier this month, Liberty, which is among the nation’s largest and most prominent evangelical institutions, initially planned to continue on-campus instruction. But last week, after Virginia Gov. Ralph Northam restricted gatherings of more than 100, Liberty said it would transition most classes online effective Monday.

Residential students were told they were “welcome” to return to campus, according to an email sent to students. The move was at odds with many other institutions of higher education that have urged students to stay home amid the health crisis that’s upending daily life around the globe.

Liberty said in a news release Monday that it had been working hard to comply with all state restrictions while providing safe and reliable accommodations for students, including by implementing extra sanitizing measures and changes to on-campus dining.

“We think Liberty’s practices will become the model for all colleges to follow in the fall, if Coronavirus is still an issue,” Falwell said in a statement.

Liberty spokesman Scott Lamb said about 1,100 students were back on campus as of Tuesday morning. He said a former hotel the university owns is available as a quarantine site if needed and tents have been set up “preventatively” as a place to direct any student on campus who might feel ill.

Falwell, one of President Donald Trump’s earliest and most ardent high-profile supporters, has generally characterized concerns about the virus as overblown. He has praised Trump’s response to the crisis, offered unsubstantiated speculation that coronavirus may have been the work of North Korea, has compared it to the flu and has accused the news media of stoking fear. 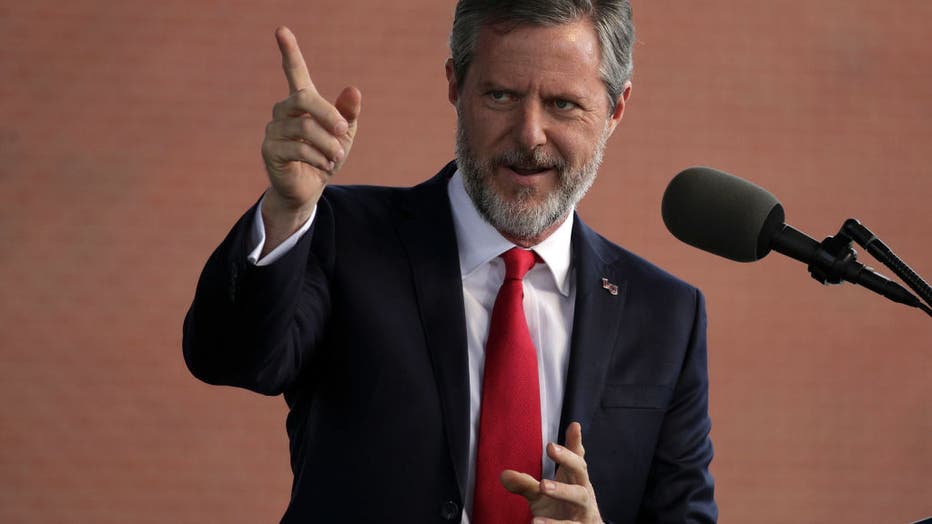 “You guys paid to be here. You wanted to be on campus. I want to give you what you paid for,” he told students earlier this month during a livestreamed convocation, mandatory gatherings of the student body usually held in person. “We do have to be sensitive to people with respiratory problems and to older people.”

Lynchburg Mayor Treney Tweedy said in a statement that she thought the university’s decision to allow students to return was “reckless.”

Liberty’s decision also prompted an unusually critical and public dissent from a faculty member. Faculty members, most of whom do not have tenure, frequently decline interview requests from AP and other news outlets.

“It is unconscionable that the leadership of the university is fully implementing Falwell’s politically motivated and rash policy that unnecessarily risks an unmanageable outbreak here in Lynchburg,” Marybeth Davis Baggett, a professor of English, wrote in an opinion piece published by Religion News Service and The Washington Post.

Baggett wrote that faculty had been told to conduct classes from their offices, even though that instruction was being delivered virtually. And she said professors were “expected to hold office hours and welcome students for face-to-face interaction.”

The university’s news release said Liberty’s human resources department has been processing requests from employees with health problems that put them at a higher risk for contracting COVID-19, the illness caused by the virus, and ”making accommodations as appropriate.”

Falwell tweeted a link to the release Monday and said, in part, “Bet the ‘Baggett’ lady is embarrassed now!”

Some Liberty students raised concerns about their classmates’ behavior. In interviews, they described “quarantine” parties happening off campus, as well as large gatherings of students, including meetups to play sports or share meals.

“I would say it’s an exception to see someone do the right thing,” said Alexa Whaley, a junior from Albuquerque, New Mexico, who said she went home over spring break and returned because of her job at a local law firm.

The virus causes only minor flu-like symptoms in most people, who recover in a matter of weeks. But it is highly contagious and young people who show no symptoms can infect others. It can cause severe illness or death, particularly among the elderly and people with underlying health problems, and severe cases are already stressing the health care system’s capacity to respond.

Across the U.S. on Tuesday, the number of infections surpassed 50,000, with more than 650 dead, according to a running tally kept by Johns Hopkins University, and hospitals braced for an onslaught of patients.

Dr. Kerry Gateley, a regional health director for the Virginia Department of Health, said his office had also received calls from worried citizens and parents of Liberty students.

He said the health department was advising Liberty on best practices for issues like dining and students living in the dorms.

“You’ve made this decision. ... Then please let us help you do this as safely as possible from a public health standpoint,” he said.

The city of Lynchburg does not currently have any confirmed cases of COVID-19, Gateley said.

There are nearly 300 confirmed cases across the state, according to the state health department, and there have been at least seven deaths.