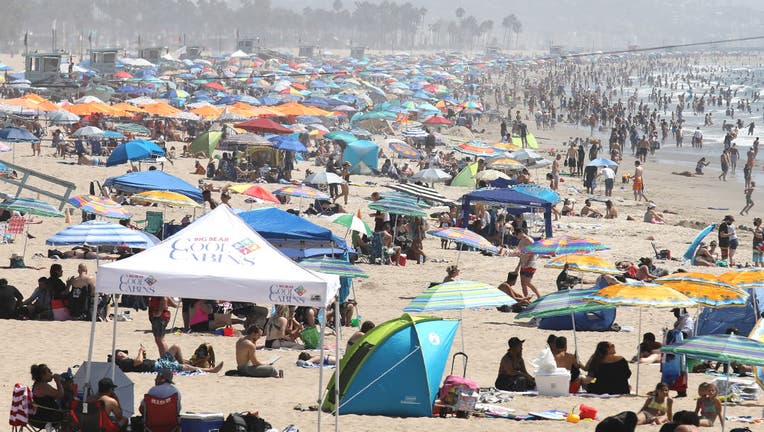 SANTA MONICA, CALIFORNIA - SEPTEMBER 05: People gather on the beach at the Pacific Ocean on the first day of the Labor Day weekend amid a heatwave on September 5, 2020 in Santa Monica, California. Temperatures are soaring across California sparking c

LOS ANGELES - California is sweltering under a dangerous heat wave Labor Day weekend that was spreading triple-digit temperatures over much of the state, raising concerns about power outages and the spread of the coronavirus as throngs of people packed beaches and mountains for relief.

Officials urged people to conserve electricity to ease strain on the state's power grid and to follow distancing and mask requirements when they hit recreational areas.

“Holiday weekends are very busy at our beaches, but we're probably a notch or two busier because of the heat wave,” he said.

Because of the pandemic, L.A County beaches were closed during the Fourth of July weekend. But other counties kept their shores open. Holiday gatherings were blamed, in part, for COVID-19 spikes in some counties.

Health authorities warned that beaches could be closed if they become too crowded.

Campgrounds in the popular San Bernardino National Forest east of Los Angeles were also full, and rangers were out in force on “marshmallow patrols" — keeping an especially close watch for campfires and barbecues outside of designated sites that pose a potential risk of setting a wildfire. They also were worried that the surge of people could overwhelm mountain roads. 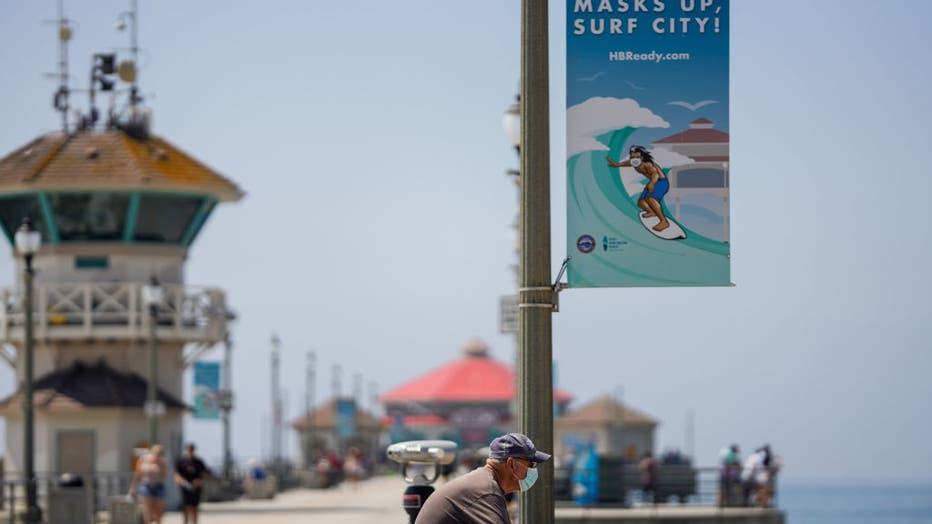 Temperatures at sunrise were already in the upper 80s and lower 90s over many foothill areas of Southern California, the National Weather Service in Oxnard said. By midday, the mercury hit a record-breaking 117 degrees (47.2 Celsius) in Woodland Hills in LA's San Fernando Valley.

“On a day like today I'm glad I work inside and I can eat ice cream all day,” said Mai Emami, who said a steady number of customers were coming to the Cup & Cone Ice Cream shop in Woodland Hills to pick up their orders.

The weather service predicted “brutally hot" temperatures through Monday as a high pressure system perches over the Western United States.

Downtown Los Angeles reached 110 degrees (43.3 Celsius) on Saturday. Temperatures in inland parts of the San Francisco Bay Area were soaring to the low 100s, and Death Valley could broil at about 125 degrees (51.7 Celsius).

The California Independent System Operator, which runs the state power grid, issued a “Flex Alert” for 3 p.m. to 9 p.m. Saturday through Monday, asking people to conserve power by not using appliances and keeping air conditioners at 78 degrees (25.6 Celsius) or above.

Operators didn't expect a repeat of the rolling blackouts that took place during a mid-August heat wave. But they warned that the system could be strained by unforeseen problems, such as a fire that disrupts a power line.

The heat, coupled with a forecast of possible dry, gusty winds, made for dangerous weekend fire weather, at a time when nearly 13,000 firefighters already are battling to contain nearly two dozen major fires around California. 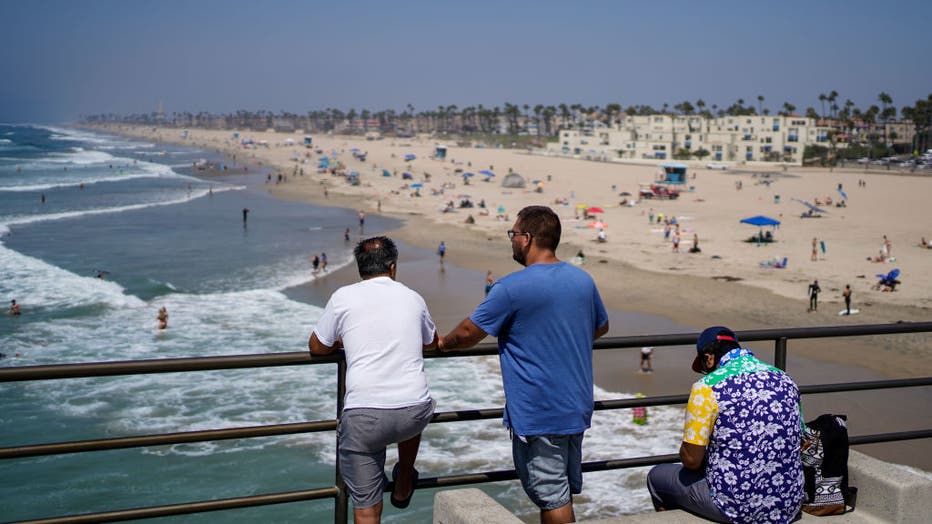 A wildfire that broke out near Shaver Lake in the Sierra National Forest has prompted evacuation orders Saturday as authorities urged people seeking relief from the heat wave to stay away from the popular lake. In San Bernardino County, a fast-moving fire in the foothills of Yucaipa forced the evacuation of Oak Glen, a farm community that just opened its apple-picking season this weekend.

Cities and counties around the state opened cooling centers in public buildings for those without air conditioning. Los Angeles County was providing close to 50 centers — the largest site activation in memory — in libraries, community centers and even a museum in the L.A. suburb of Gardena.

Others may seek to beat the heat by hitting shopping malls, which were allowed to reopen this week in seven San Francisco Bay Area counties that have met conditions for easing coronavirus business restrictions.

The homeless population wasn't forgotten. Rev. Andy Bales, president and CEO of Union Rescue Mission in downtown Los Angeles, said he told staff to hand out “the coldest of cold water bottles” to those coming by for to-go lunches over the weekend.

“And I said if anyone comes to the door overheated and in peril, welcome them in," he said. “We do have an air-conditioned chapel."

Volunteers with the CHAM Deliverance Ministry in San Jose planned to deliver bottled water and sports drinks to homeless people in Silicon Valley.

“When it’s 105 degrees and you’re living in a creek bed in a tent, it’s a lot of health issues out there. It’s a formula for disaster,” pastor and founder Scott Wagers said.