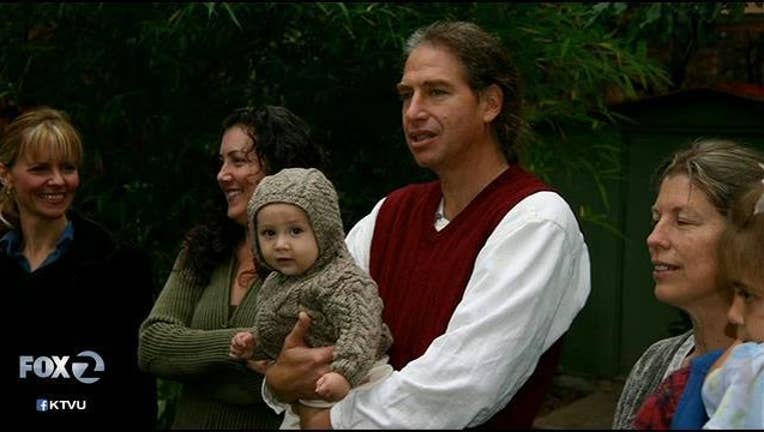 "I just remember the broccoli story more than anything else," mused one student, next to a bonfire at Limantour Beach on the Marin Coast.

"And he had that story about going to the taqueria, " smiled another student, also remembering 55 year old Nick Anast, who taught in the Life Sciences of Santa Rosa Junior College for the past ten years.

Classes were on spring break when word spread March 18, that Anast had drowned in a kayak accident.

"I saw it was Nick's name, " shared one student, his voice still shocked, "And I thought it's not possible you know, like no!"

The 55 year old educator got into trouble in the churning waters of Tomales Bay and fell out of his kayak. A friend in a second kayak tried to help, but both men ended up capsized and struggling in the water.

Only one made it back to shore. Anast's body was recovered by the Coast Guard; the life vest he'd launched with apparently slipped off.

"The moment Nick walked into the classroom, he was infectious, he had a huge smile," observed Erin Sevde, a student who organized the beach bonfire.

"In a way the beach is kind of peaceful," she added, "and I think a bonfire is a way to send our thoughts up to him."

Sevde said Anast spoke openly of how much he cherished his son, who is nine.

"He really talked about his son every day. You could see the love in his eyes, that he had for him," said Sevde, "and he had it for everybody. So you really can't explain the loss that you feel."

"I usually don't get emotional about these kind of things but he was just the best teacher."

What distinguished Anast, students say, was his enthusiasm and his humanity.

"I still have all his lectures recorded." reminisced Jaime Rapaport, a former student now in nursing school.

She recalled Anast let her breast feed her two month old son during long lab periods, and walked the baby himself during class.

"He really took a lot of breaks in class to talk about love and caring and how to take care of people in a humane way, rather than just learn the academics of it," Rapaport added.

Some students wondered if they would have succeeded without him.

"He had this way of making people feel better about themselves," noted Peter Chanseyha, a former student now transferring to a four year university.

"I told him, 'I'm not the best student around, I don't have the best GPA, and he said 'you have social intelligence, you have this way of making people feel happy."

Saturday, students practiced what Anast preached, coming together with compassion to laugh and hug and comfort each other.

"He was a hugger," said Mike Frandsen sadly, "he loved to hug people."