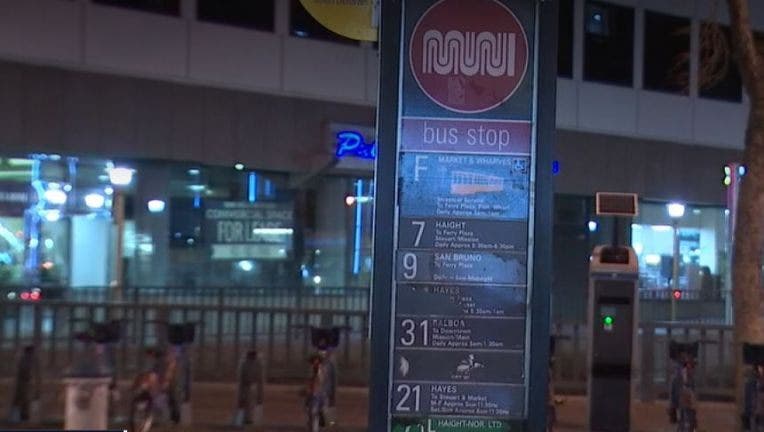 A 41-year-old Livermore man was arrested on suspicion of raping an unconscious woman at this Muni stop along San Francisco's Market Street on Dec. 16.

SAN FRANCISCO - A Livermore man accused of raping an unconscious woman at a busy San Francisco bus stop was freed from jail over the weekend after the district attorney’s office dropped the charges in the case, officials said Monday.

Fidel Padilla, 41, was released from San Francisco Jail early Saturday morning after prosecutors were unable to locate the victim or corroborate eyewitness accounts of the incident, a spokeswoman for district attorney’s office said.

The alleged attack happened on Dec. 16 at a bus shelter near Westfield San Francisco Centre. Witnesses on a passing Muni bus got out and chased off the assailant, who was raping a 60-year-old unconscious woman, police told KTVU.

The victim was treated at San Francisco General Hospital and later released.

Investigators obtained surveillance footage of the alleged assailant and arrested Padilla the next day in the city’s Tenderloin neighborhood.

Prosecutors charged Padilla days after the arrest with one count of raping an unconscious woman and he was held in jail without bail.

But the district attorney’s office said it could not locate the victim before a scheduled preliminary hearing in the case.

"Our office helped provide housing to the victim in this case, but she left that housing and lost all contact with our office, despite our repeated, significant efforts to locate her," said Rachel Marshall, a spokeswoman for the district attorney’s office.

Padilla’s attorney did not immediately return a request for comment.