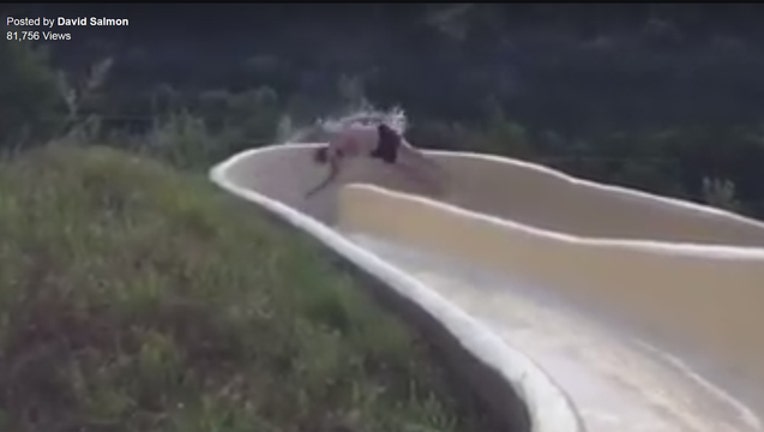 A Dallas man was seriously hurt after flying off a waterslide.

It happened over the weekend at a private home near Lake Travis in the Austin area. David Salmon posted video of the accident on his Facebook page.

The video shows him going down the slide, flying out and falling 10 or 15 feet onto the rocks below.

“Too dang old to be going down water slides. Fell off this one that is over a rocky cliff," he wrote in the caption of the video.

Rescue crews had a difficult time reaching Salmon because of the location of the slide. He ended up in the hospital with a broken arm, several broken ribs and had lacerations, cuts and bruises on his back.