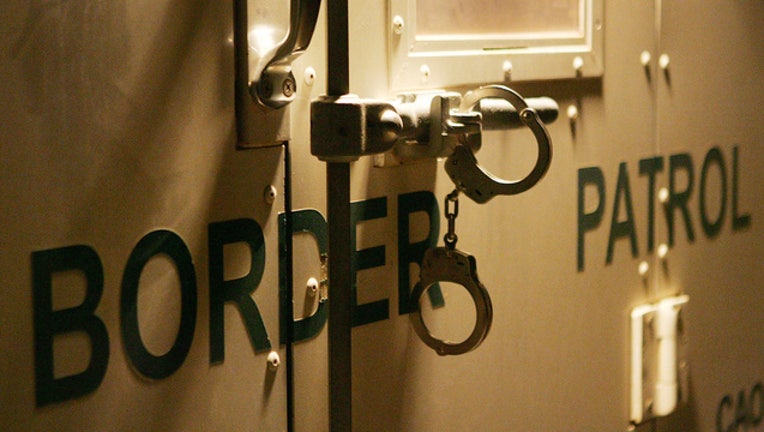 Handcuffs secure the back door of a US Customs and Border Protection border patrol vehicle loaded with suspected illegal immigrants on the California side of the Colorado River on March 17, 2006 near Yuma, Arizona. (Photo by David McNew/Getty Images)

MCALLEN, Texas (AP) - A Mexican man detained by Border Patrol for illegal re-entry died Monday at a hospital in Texas.

U.S. Customs and Border Protection spokesman Andrew Meehan says the 45-year-old man was initially apprehended Feb. 2 and requested medical attention. He was taken to a medical center and later cleared to return to the Rio Grande City Border Patrol Station. The next day, he requested medical attention again and was taken to a hospital where he stayed until he died Monday.

Meehan says the official cause of death is not yet known, but the medical center diagnosed him with cirrhosis of the liver and congestive heart failure when he was admitted.

The death is under investigation.